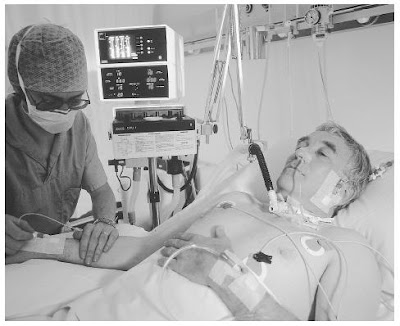 The latest poll to throw a spoke in the wheels of the Hung Parliament game, is the one coming from Angus Read, a Canadian pollster, new in the UK. Its methodology seems sensible according to the pro’s such as Mike Smithson of www.politicalbetting.com, and its results could not be more different from the latest éffort from Ipsos MORI.

The Angus Read split for London C41-L26-LD24 is in marked contrast to the Observer’s Ipsos-MORI poll which was showing a big lead for Labour.

I am pleased to see that many other commenters on PB seem to be agreeing with my theory that often polls can be ordered up to fit the current political narratives, rather than to objectively measure opinion. In fact they can be used as political devices, to convince people that black is white, or that Gordon Brown has a cat-in-hell’s chance of holding level in any General Election.

See this for example, from Gabble writing a comment about the AR Poll –

Why hasn’t the Angus Reid poll been picked up by the MSM online?

I can’t find any matches with a Google News search.

Does it just look unfeasible coming the day after the Mori 6% lead was revealed?

Or, are the MSM enjoying the hung-parliament narrative too much?

The other factor that gets forgotten is that Polls are also needed to prepare the ground for any electoral rigging that is planned. Before the main vote can happen, people have to be prepared so that the result of the rigged poll are not overly suspicious. That can best be achieved by manipulating opinion polls. In a pre-election period as now, the polling efforts of Ipsos MORI showing a majority for Labour in London, based on the views of a mere 63 people, are not merely incompetent, but, in my opinion, downright criminal.

Meanwhile we await the polling efforts of other ‘reputable’ pollsters brave enough to give the Hung Parliament nonsense another lease of polling life. Will any others, like MORI, be so daft as to give Labour a clear lead in London where Cameron is and has been streets ahead for some years?

I guess if there’s enough money to be made, some pollsters would even produce a poll showing that Nick Griffin will be the next Prime Minister. This could well become the season of polling horror as politicians jockey for position ahead of the race, with the crowd being asked to believe that the ugliest are the prettiest, and so on.

Pollsters that wish to keep their reputations had better react to the new more astute political awareness. The ‘we’re the mugs who believe every word you say’ days are well gone. A narrative is now seen to be a distortion of the truth, requiring the resources of the media to insert into peoples’ minds, without which it would not reach their outermost thoughts or be believed as even faintly possible.

Saddam Hussein’s WMD are a good example. The ‘Hung Parliament’ and the coming election, rigged on the back of the narrative, will be recalled as equally injurious events in the national memory, the first one when we realised that we cannot trust our own government, and now the second will be the moment we realise we are not even allowed to choose who that government is to be.

Our country’s democracy will not be on life support. It will be finally dead. The only question is whether people will realise in time, and act together to stop the process of our nation’s political dismemberment.