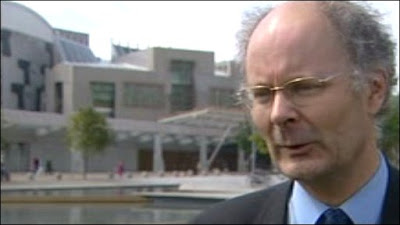 The online Political Betting community has severely criticised the MORI Poll published in The Observer as being ‘an outlier’ or based on poor fieldwork.

Mike Smithson of www.politicalbetting.com says that it is not permitted to ascribe the effectively wrong information contained in the poll, giving London a Labour majority, to a lack of integrity on behalf of the pollster, as that would be actionable.

But the commenters on his blog leave one in no doubt that this poll, which happened to be supportive of the current media ‘Hung Parliament’ narrative as being a load of cods.

I leave their final comments from the thread here below –

Surely any pollster’s methodology must be prone to producing occasional outlier results.

If one accepts there’s a distribution curve of accuracy, then arguably you should be concerned if your methods don’t produce outliers.

Most of the time you should be in the same ballpark as everyone else. Occasionally you’ll over- or under-read the position. In aggregate you have a normal distribution. Isn’t this what MORI has?

260: You would need to really look at the whole range of polls not just one….

253 Questioning somebody’s accuracy and methodology is one thing, Jonny: questioning their integrity is quite another.

258 Quite a few people in that thread said it was an outlier Mike. Perhaps there’s a difference between that and a ‘rogue’ but I think most people would take them as meaning the same thing?

this is commenting on a previous outlier

As I recall it was pretty much universally laughed at at the time.

To be be fair, I think it was so over the top – you didn’t need to.

Within days, after the hilarity had passed, most people were saying they thought it was seriously OTT.

But they [we] enjoyed its effects.

Less so with this one. Obviously.

But what I also don’t see with that thread is any serious attempts by right wingers to analyse it and try to justify its accuracy and indeed, go further and by using selectively extracted info, try to make it look exaggerate it further.
Which is what some notable left wing posters did with this one.

There’s a difference between standing back and having a laugh and spinning.

139 Try East Dunbartonshire and Dunfermline West. That is 2 seats Labour is likely to regain from the LibDems as things stand at present.

I thought the most telling remark of the weekend was “Sir” Michael White 1st Baronet of Guardianistaville who when asked about the Mori poll said he expects David Cameron to win the GE with an overall majority.

Don’t Sir Bob Worcester and Prof John Curtice both belong to the “I could never say anything positive about the Cosnervative Party” group of psephologists? Maybe Curtice will get his knighthood from Gordon Brown before Labour loses power.

258 Mike, on the thread before that one when you first broke the figures I found this interesting comment –

“24.Poor MORI. They used to be such a respected pollster

Sky making the classic mistake of thinking that the FT are pro-capitalism. On Sky news they set up Maguire and George Parker to discuss the Conservatives economic ideas. A pair of anti-Conservatives now hammering into Cameron.

263. Meanwhile the ‘Hung Parliament’narrative is looking for Polls to act in support. This one appeared to do so, but is in fact an outlier, or a poll based on poor methodology.

It’s interesting that The Sun and MORI parted company a while back. I didn’t know about that.

It’s lazy blogging, but political betting threads often carry a lot of good sense from a number of intelligent commenters. I am just a little more aggressive than most, in being prepared to ascribe intent to producers of polling results as requested by politicians. There was obviously a need for a poll giving credence to the Hung Parliament narrative, and so MORI had a go, in my opinion. ‘

If that is actionable to say so, we live in a very odd country, in my opinion, when it is so flippin obvious that truth is rarely put on public display, but we are to be penalised if we insist on saying that we do notice that we are being given a load of bullshit.

The next Poll on PB gave the Conservatives not a 6% lead but an 18% lead. You have to admit, something don’t quite add up, folks.

I apologise for being so rude as to say so, but I really am not prepared to remain silent when the media folk are dishing out such a load of putrid garbage. It’s a bloody insult to my intelligence to expect me to keep quiet in these circumstances. It’s obvious what they are up to, and they deserve the egg all over their faces. I await the writ from the lawyers, but please don’t expect people to keep quiet in the face such intense provocation. It is not reasonable.

PICTURED – a famous psephologist and my namesake, Professor Curtice (different spelling). All I can imagine, as an excuse, is the pollsters did not look at the detail of their poll until it was too late. One wonders in the light of the reception of this poll if any more ‘Hung Parliament’ polls will see the light of day.