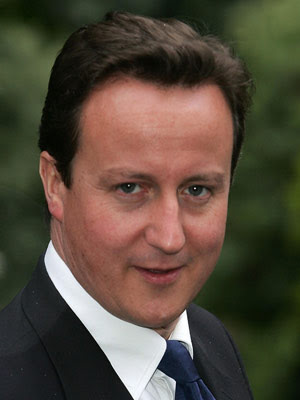 The three flouncers, who declared public opposition to the abandonment of a referendum on Lisbon, as named above, received scant support. Two years ago, Conservative eurosceptics would have been cheering from the rafters, egging them on. So why not now?

One reason is that it’s only months away from an election, and no matter how much justification there might be for a flounce, there is more appetite for winning power, than there can be for any policy.

Another is that Cameron’s new policy is not without interest to eurosceptics. Yes Lisbon is signed and all its hateful terms will now be applied with glee by the obnoxious creeps who adore and staff the EU, which must stick in the craw for those who had hoped that it would be stopped. But the moment Lisbon was lost, it makes sense to move onto a Lisbon non-recognition and non-cooperation platform which is what Cameron has done.

But third the lack of support for the flouncers tells you one more thing. Cameron is winning support,not just because he wears a Conservative badge, but because people like him and want him to be Prime Minister.

That is the biggest change of all. When he was acting the me-too Blair pre-Blair’s resignation, he was detested by eurosceptics who believed they had been sold a pup. But up against Brown, Cameron has grown in confidence and stature, to the point where he provides reassurance to people.

The times are worrying, and trouble, we all can see, is on its way. Here is one possibility for Britain to at last find a Prime Minister capable of running the country well, at a time when we need good government. People sense that, and so the appetite for rebellion against Cameron, which was strong in 2006 and 2007, is now almost non-existent.

Here is the first sign that the Conservatives are now truly a united force. The DUP are on board. The eurosceptics. People from right across the country are getting ready to rally to drive Labour out of power, sick of the bankrupt mess they have created.

Blair’s attempt on President was pushed to one side with one puff by Cameron. Miliband is merely nuisance value as EU Foreign Secretary, and good advertising of how arrogant personal ambition has sent Labour and Britain into a political blind ally.

The only criticism in the media is coming from the Daily Mash.

Mr Hague received a mauling from Conservative candidates disappointed at the leader’s U-Turn on Europe..

Mark Reckless, an ally of Tory MEP Daniel Hannan, who stood down from the frontbench in Brussels in protest at the policy change, hit out at Mr Hague’s handling of the affair.

He said Mr Cameron’s plans offered ‘three proposals to entrench the status quo’ in Brussels rather than ‘reverse the process’.
He asked Mr Hague: ‘Do you understand the sense of disappointment with regard to you personally?’

But Mr Hague stressed that voters are more interested in the economy and schools than in Europe as an issue.

But, even here, not a glove was laid on David Cameron.

2 Responses to “Helmer Hannan and Cash Are Out Of Time”