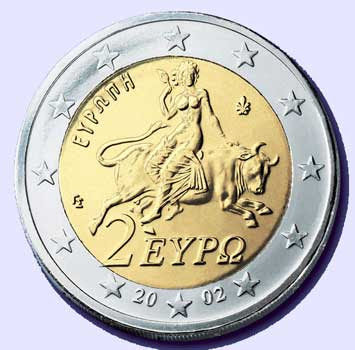 How long can the Euro carry on pretending? The suggestion that the Euro is truly a single currency gets harder to maintain by the month. There is such a wide gap between the credibility of for example, the Greek Euro and the German Euro, that they have two different Credit Default Swap rates, and different borrowing rates alongside. If the Euro was really a single currency, the rates of all Euro nations would be comparable compared to countries outside the block.

This piece from the FT tells the story.

A watershed in the derivatives world could be reached this week: the cost of insuring against a bond default by Greece, using credit derivatives, may rise above the comparable metric for Turkey for the first time.

Just two short years ago, that would have seemed almost inconceivable to most credit default swaps traders, never mind proud Greek politicians. After all, in 2007, the Turkish CDS spread – like that of many “emerging markets” – was trading at about 500 basis points on perceived fiscal risks.

Greece, by contrast, was nearer 15bp, because it was a member of the European Monetary Union, and its euro-denominated bonds were considered quasi-protected by other euro states.

But in the past year the fiscal positions of many emerging markets nations, such as Turkey, have become more favourable relative to the western world. Meanwhile, Greece has plunged into a profound budgetary mess, notwithstanding its use of the euro.

Thus on Thursday – as markets reeled from the Dubai shock and investors fled from risk – the bid-offer spread on five-year Greek CDSs was 201bp-208bp, according to Markit. That of Turkish CDSs was 207bp-212bp, leaving them neck and neck (and according to Bloomberg data, in some trades the Greek CDS was even higher than Turkey).

The next phase of the credit crunch is not going to be banks or families in debt, but countries. Yesterday Dubai shocked the world by defaulting on its debts. Markets in the region tumbled. The LSE was closed for ‘technical reasons’ preventing a more general rout.

But in truth Dubai is no more in trouble than Greece. If a western country were to default on its debts, the impact would be massively greater, possibly undermining the single currency experiment in its wake. Only if Germany will step in and carry the patient will the Euro survive. And Germany may or may not be willing, or able, to do so.

4 Responses to “The Greek Euro Drifts Away Towards Oblivion”