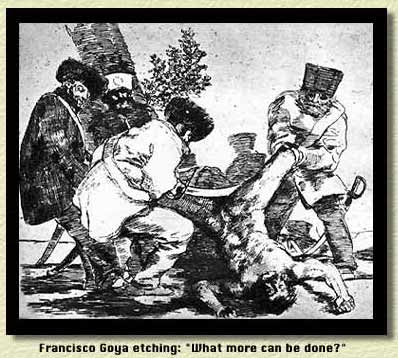 In an interview on the BBC’s Newsnight last night, French Foreign Minister Pierre Lellouche attempted to explain his comments that Conservative policy on Europe was “autistic” and would “castrate” UK influence in Europe, saying they had been mistranslated.

How exactly, one wonders can the word ‘castration’ be mistranslated?

He said that, in his relations with William Hague, “On Europe it seems like we cannot talk…I’ve been talking to him over the year and it doesn’t make a dent. There’s no listening, no exchange on this.”

The Guardian notes that Hague dismissed the comments, saying “We won’t be put off by one emotional outburst from one minister. I think more senior members of the French government would take a more careful approach.” He added, “We will stick up for our national interests, which French ministers never fail to do, by the way.”

speaking on Newsnight, Die Welt’s London Correspondent Thomas Kielinger said that there had been an over-reaction to Cameron’s speech by many European politicians.

He added, “There are a lot of eurosceptics in Germany on the ground – people who feel rather sympathetic to the way Britain is trying to re-evaluate what Europe is about, what Brussels should be – who don’t speak up because the powers that be in my country are holding such a strong hold over public opinion that they won’t let these voices come to the fore.”