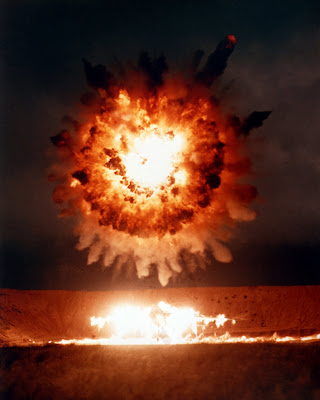 You cannot move anywhere in the political mediasphere without bumping into two words placed right in front of your eyes – Hung Parliament (HP).

The suggestion of a ‘Hung Parliament’ was unheard of until Cameron announced his post-Lisbon Treaty policies of repatriation of powers. All the evidence suggests that while there was a disappointment at the end of the Lisbon game when the Treaty was eventually signed, most Conservatives were content to move on to trying to repatriate powers as the next policy step. Cameron’s new policy was received amongst Conservative supporters as being as good as could be expected.

There was no sign of a haemmorraging of support, or a resurgence to Labour or EUKIP. Cameron seemed to have got it about right.

But then strange things began to occur.

First Michael Heseltine and then Ken Clarke started talking about a Hung Parliament, which seemed most odd at the time.

Why would Conservatives be talking up Gordon Brown’s electoral chances?

It was the fact that the HP narrative started where it did, inside the Conservative europhile wing, that gives its true source away. There has, indeed, been no big change in peoples’ voting intentions, but there has been a big change in the plans of Britain’s electoral manipulators.

The full force of postal voting maneouvres and ballot box tampering, as the boxes are stored overnight under new rules, will now be deployed to block David Cameron.

Before an election can be successfully rigged, first the expectation of the desired result must be created in the minds of the electorate. So the Hung Parliament story is now being run and run at every opportunity, despite there being little change in the public’s desire to get rid of Labour and try out David Cameron.

However, if the manipulators go ahead and keep the drip drip drip of the Hung Parliament narrative to the forefront, indicating their intention to rig the General Election to produce that result they desire, they could well put Cameron in a strategically ‘nothing-to-lose’ situation.

Cameron chose the minimally aggressive eurosceptic stance he could do during his speech just over two weeks ago, hoping to steer a course which kept the eurosceptics on board, as well as the EU and its acolytes. His attempt with the EU, however, instantly failed. In one hour he lost the support of the people who really decide who is allowed to win elections in Britain, and the effects to his electoral chances have, as a result, been catastrophic.

But this is not the final step in the game. 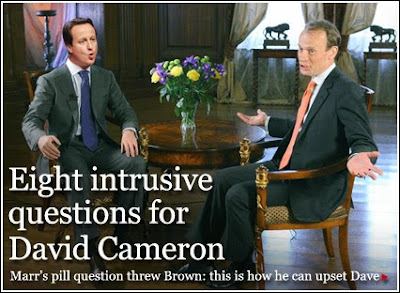 From here Cameron might decide that if he is going to be hung for stealing a lamb, he might as well be hung for a sheep. He could well decide, as he has less and less position to lose, to upgrade his eurosceptic manifesto offer, from threatening to attempt repatriation of powers, to going full-on EU-referendum, that is, offer an IN/OUT referendum, as his key electoral platform.

The opinion poll results of the next few weeks will be crucial, as he could only do this by mid-January at the latest. If the Hung Parliament narrative is built upon by the EU and successfully locked into Britain’s national psyche, then, sure as eggs are eggs, that will be the certain sign that that election result will be achieved by rigging.

Cameron cannot go back to a Lisbon-compliant position. He can either sit where he is, and hope to tough out his current stance, or he could equally decide to go for it with the nations’e eurosceptics, who now claim to have a 55% majority in favour of EU withdrawal. If Cameron does decide to go for it, this will not be a battle plan of his own choosing, but one forced upon him. I would still think it unlikely to happen.

But if the powers that control Britain are seriously going to go about finally crushing what little is left of democracy in Britain, and block a Conservative majority, then the IN/OUT referendum offer is the last weapon left for Cameron to raise up, and cast at our enemies.

He has until about mid-January, when he will have to decide. He will prefer to wait and see for now, if perhaps, Brown’s support can be further eroded by a deteriorating economic situation, or a financial crisis.

Meanwhile the drip drip drip of the Hung Parliament narrative can be seen and heard everywhere.

The battle lines are forming, and decisions will need to be taken.

Cameron offered to renegotiate with the EU over repatriation of powers, once Lisbon was signed.

The EU have responded by threatening to rig the election against him and deliver a Hung Parliament.

Where can Cameron find a way to unsettle the EU in reply?

He mentioned on Andrew Marr, that if an In/Out referendum were to be called, it would be won by the Outs, although he cleverly said that he would not ever have such a referendum, as an ‘Out’ vote is not in Britain’s interests.

But, given the background to what’s already going on, even saying that a In/Out referendum would go to ‘Out’ is tantamount to making a nuclear threat to the EU.

Will Cameron deploy the option of promising exactly such a referendum?

If the EU continues to proceed with its ‘expectation of a Hung Parliament threat’ over Cameron, he might well be tempted to do so. He is quite clearly thinking about the possibility, as otherwise why is the in/out referendum on anyone’s lips? You can be sure the EU will be quite terrified of such a prospect.

It is possible that, when they weigh things up, they will prefer to have a Conservative majority with Cameron’s proposed programme of renegotiation after all, rather than facing the uncertainties of a Hung Parliament, with a potential Prime Minister standing on a platform of an In/Out referendum.

The choice is for now with the EU. Cameron has to wait and see which way they skew.

If they don’t back down from enforcing a Hung Parliament through their undoubted ability to rig the British election (as they did in 2005 with postal voting to keep Blair) and permit Cameron a majority, he will ultimately have no choice but to press the nuclear button, and beef up his manifesto to include the Thermo-Nuclear In/Out Referendum.

My guess is they will back down, once they’ve given the matter a little more thought. The longer they delay makes the pressure on Cameron to go nuclear all the greater, and the anger swelling up across Britain at the prospect of no progress on any EU negotiations, would be a powerful force to propel him into power, rigging or no rigging. The law of karma will ultimately overpower all attempts at its repeal, and that is one law that Cameron and Britain have well and truly on their side.

On Marr earlier he (Cameron) said: “I don’t want an ‘in or out’ referendum because I don’t think ‘out’ is in Britain’s interests.” An obvious point of course, but it’s useful to have on the record Dave’s belief that if we did have a referendum to, as the euro-sceptic euphemism has it, reassess our relationship with Europe, we would vote for the exit.

UPDATE, November 23rd 2009 – The recent MORI poll showing the closing of Cameron’s lead from 14 to 6% is now available to assess in the detail. Stuart Dickson on Political Betting, wrote this comment this morning at about 7 am GMT –

I have only had a quick browse of the Ipsos MORI detailed data, but from what I have seen, the word ROGUE just screams out from the data. The most blatant example of a totally unbelievable figure is the Greater London split (Table 4):

I’m sorry Bob Worcester, but that is quite simply a total load of pants. This preposterous London sub-sample has significantly skewed the Great Britain-wide headline figures.

What on earth went wrong with Ipsos MORI’s London fieldwork?

It appears that someone is getting a bit desperate to provide some numbers to back up the ‘Hung Parliament’ narrative. MORI might only have been incompetent with their fieldwork, of course. But the narrative-writers must still be in the market for another ‘rogue poll’ to keep the narrative running!!!

8 Responses to “Cameron Must Be Considering The Nuclear Option.”