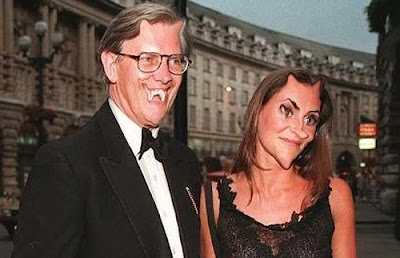 The first sign of a rebellion against David Cameron’s leadership has broken. Bill Cash MP for Stone in Staffordshire has dropped off a post at Conservative Home calling for a referendum on the Lisbon Treaty regardless of whether it is fully ratified or not.

Can he drum up support for his position, and send Cameron’s leadership reeling just six months before a General Election? If he does, this will be a dramatic moment in British politics.

I see a simpler approach than the one he is advocating, that is refusing to recognise the British ratification as legal. All three major parties promised a referendum on the EU Constitutional Treaty in their 2005 manifestos. They failed to fulfil their promise rendering the voting through of the Lisbon Treaty in Britain fraudulent.

This fraud has to be addressed by the holding of a British referendum, or David Cameron will not recognise the Lisbon Treaty as applying to the UK.

In other words, Cash’s rebellion against Cameron will have to trigger a rebellion by Cameron against Lisbon. This will only happen if the Cash rebellion grows sufficiently to threaten Cameron’s position.

Either that or Cash’s attempt to foment a revolt against Cameron’s leadership must be put down, and the army of renegades sent back to barracks.

So far Cash seems to be out on his own. Will any others follow him? That is the question. Here’s the post that’s trying to keep Conservative hopes of Lisbon rebellion alive – CLICK HERE.

A referendum on the Lisbon Treaty was promised by the Labour Government. Whatever weasel words have been used to suggest otherwise, the Lisbon treaty combines all the Treaties and therefore is about all the Treaties since 1972 but has been pushed through with bullying of smaller states and the breaking of promises in a monumental cascade of deceit.

As David Cameron has said, we need an association of member states. In order to achieve this, we cannot simply cherry-pick individual aspects of the treaty and call for renegotiation of those. We need a full referendum on Lisbon as we were promised and as we voted in the House of Commons. No ifs or buts. This is about the Government of the United Kingdom operating in line with the democratic wishes of the electorate.

PICTURE – Bill Cash with his daughter.