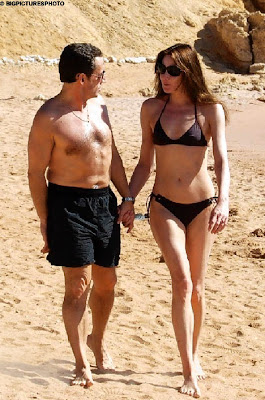 If the Tories are elected next May/June and carry out their pledge to repatriate powers from Brussels, Lellouche warned the French would seek to reduce Britain’s EU budget rebate.

“If we get a government that is ferociously anti-European, that will vote down this kind of legislation, then I think the relationship is going to be very difficult. As we enter the next phase, one of the issues we have to discuss mid-term is, of course, finances.

Just what we need, some scalded cat Frenchmen, offering to fight red-blooded Brits about money. Except, that is not the top of Cameron’s shopping list, as it happens. The French have skipped the real agenda, which is about sovereignty, and tried to pull Cameron into a slugging match over cash. Surely they realise an Old Etonian would not lower himself to that level.

The more violent and vicious the attacks on Cameron from abroad, the more his wobbly eurosceptic wing will rally round him. To the eurosceptics, a referendum to stop Lisbon is the only acceptable medicine, but a verbal punch-up with Sarkozy would go a long way to providing an alternative means of satisfaction.

Cameron need only smile politely in return as Hague did in his BBC interview, as awful words were spoken accusing him of autism and worse.

The BBC stooges, as usual, spoke as if on the side of the French, and the opinions of viewers will no doubt swing against the EU in droves, as a result.

If the EU heads for the British wallet, they could not possibly do more to assist Cameron in his political hour of need.

PICTURE – Poison Dwarf Sarko, whose glamorous wife Carla Bruni towers above him, finds the only piece of beach where he can look the same height as her!!

Clearly Labour are very confused about what line to take, and rightly so I think. They veer between ‘Cameron retreat shows he’s a Europhile after all’ and ‘Cameron’s extreme Eurosceptic line causes rift with our European allies’.!!!!!!!!