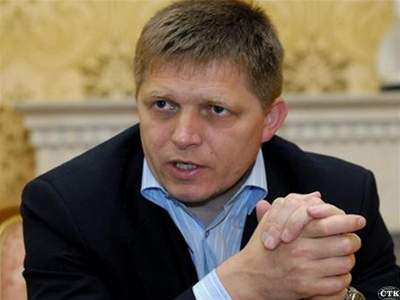 As Klaus starts to roll over in the Czech Republic, fully expecting the Constitutional Court to decide by Tuesday, or this week, that the Lisbon Treaty does not breach the Czech Constitution (although it might adopt a similar position to the German Constitutional Court stating that in some cases the Czech Courts can overrule the ECJ), there is still another country which could put a break on proceedings – the other party to the Velvet Divorce that divided former Czechoslovakia – the Slovak Republic.

While the Czech Republic is the last of 27 EU member states to ratify Lisbon – which reforms EU decision making and gives it a full time president – Slovakia has added an additional twist to the process. Slovakia, as it was part of Czechoslovakia, also has the Beneš Decrees on its books.

“Everything that ought to be negotiated for the Czech Republic must be approved by everybody, including us,” said Slovak Foreign Affairs Minister Miroslav Lajčák. “We’re not going to approve or vote for something that would put us into a disadvantageous or subordinated situation.”

This at least raises the possibility that Slovak leaders with similar concerns to Klaus could end up blocking any compromise solution between Klaus and Fischer.

But Fischer says Slovak opinion will be taken into account in formulating language for any exemption.

“The formulation is going to be such that [Fico] would not have to take this step,” Fischer said at an Oct. 19 press conference.

After weeks of tension and harsh rhetoric, EU leaders are beginning to rest easy and are likely to see the results of internal Czech negotiations at a summit Oct. 29-30.

And, while he may reluctantly sign Lisbon, Klaus remains unapologetic about his stance.

“Disputes about freedom and democracy in Europe will certainly continue. They must continue,” he said.

So as the wheels rotate, and Klaus feels he has done what he can to delay and modify Lisbon, he doesn’t feel he can stop its course.

The guarantee that Germans cannot use Human Rights laws to attempt to reclaim their former lands which were taken under the Benes Decrees at the end of the war, is going to be included in the document produced for the Croatian accession Treaty. But if the Slovaks prevent that move unless their lands are also protected, the delay could yet be extended by another country the size of Ireland.

And once Slovakia gets an opt-out, who else will appear out of the woodwork demanding one opt-out or another?

EU diplomats said yesterday that a deal on an opt-out (from the Charter of Fundamental Rights) was being negotiated (for the Czech Republic) but it was still not certain given the extremely sensitive issues being discussed.

It sounds like the Klaus opt-outs are proving a little bit trickier than first appeared.