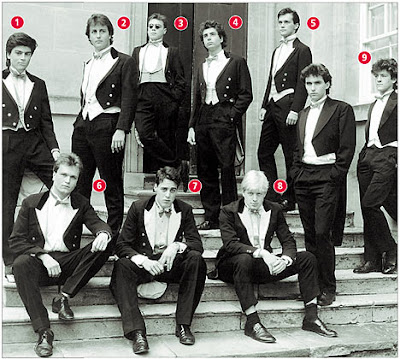 Sandy Rham in EU Referendum ‘comments’, says that his vote goes with a leader, not electoral strategies.

Boris Johnson, for example, could carry off what Cameron is attempting to do but failing. He’d be over the Bullingdon handicap in one leap. With Cameron it takes months of pained struggle.

I mean why do they have Harvey Nichols and champagne there at the Manchester Conference for god’s sake. get some jugs of beer and cheese sandwiches.

Given that the Conservatives don’t have Boris as leader and will not do so for a while, do you buy the idea of PR for eurosceptics as it is being offered next year in a referendum by Gordon Brown as his parting shot?

The europhiles are assuming it will pan out their way, finally breaking up the Conservative Party.

In fact the evidence from the EP elections is that the Conservatives would remain the biggest party with UKIP 2nd. Labour would be wiped out, not the Tories.

On that basis, when Brown provides the referendum for PR next year, eurosceptics should vote for it.

By the time Boris wins the leadership, if there is PR, the electoral arithmetic will have ended false Conservativism, and we would have two eurosceptic withdrawalist parties competing for votes, Conservative the largest and UKIP the second largest parties. The media would be stranded.

We could withdraw from Europe.

And then live in a world of PR divided on other issues.