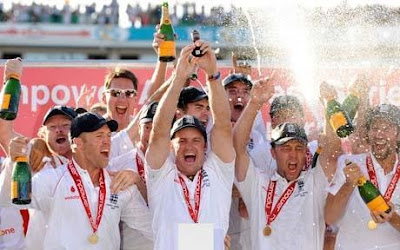 Labour’s fury against James Murdoch swinging The Sun to support Cameron, and against the Lisbon Treaty is starting to show.

First it’s cricket they are taking away from him.

Next it will be football.

Last time The Sun campaigned against the EU Constitution, Labour took ITV off the Murdochs.

James Murdoch has taken a major risk to support Cameron against Brown, and to attack Lisbon.

He’s got more balls than Dad, it seems. See cricket return to free to air HERE.