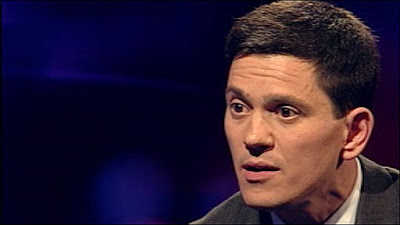 Miliband’s war is his own private war, not Britain’s.

What he is fogetting, is that European cooperation cannot go ahead if we all look backwards. The old hatreds are everywhere, and have to be put to one side, if new cooperation is to happen.

As in Ireland, you have to sit down with your former ‘devils’ to make future peace.

Miliband’s family were murdered by the Nazis. I don’t expect him to be pleased about it, but if he wishes to lead the future, he has to move on from the past.

You cannot order people to obey you when it comes to forgiveness and to apologising. They have to decide when to do it themselves. Miliband is demonstrating hatreds and anger of his own, and a certainty about things which do not warrant such certainty.

His words and his demeanour are not conducive to the healing of the old hatreds he claims to be at the top of his agenda. Peace results from a peaceful attitude, not from anger,bitterness and constant accusation.

He needs to drop it, and behave like a British and a Christian person. He is becoming an ugly spectacle betraying an ugly mind. No good will come of it. 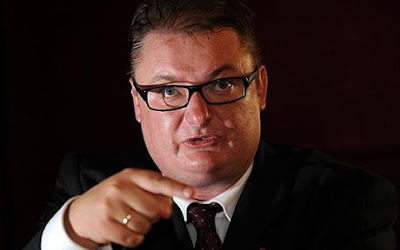 As regards Kaminski he should not lead the European Conservative & Reform Group, not because of Miliband’s smears being right or wrong, but because he supports the Lisbon Treaty. See his interview with Iain Dale in which he declares his support HERE.

The ECR has been presented by the Conservatives as ‘not-the-federalist-EPP’, but an anti Lisbon alliance. Why is the leader of the ECR then, a supporter of the Lisbon Treaty?

That is why he should be gone from the leadership of the ECR.

Conservatives don’t need him for that reason.

Here’s the joke. He’s actually on Miliband’s side!!! Miliband should desist from supporting the Lisbon Treaty immediately, or realise he is on the same side as a man who he believes to be a genocidal homophobic racist.

As for Conservatives, we have swallowed the ‘ECR-will-fight-Lisbon story’. But it isn’t true. It’s just another stitch-up.