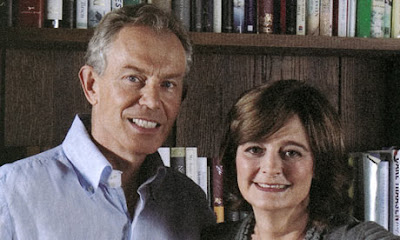 Thomas Legg has been involved in auditing the House Of Commons since 2004. He would have known the expenses scandal was coming, and could well have been the one who warned Blair to get out when he did, and ensured the scandal was nicely timed to disrupt Cameron.

Blair certainly took the trouble to have all his expenses claims shredded as he left office. But surely the Fees Office must have kept some information on Blair?

What information is there and where is it?

I see. Scone, apart from a £230 bill for file shredding ‘as requested’.

There are, it seems, questions Blair should be made to answer – such as this in The Telegraph –

The documents show that Mr Blair remortgaged his constituency home for £296,000, almost 10 times what he paid for it, months before he bought his town house in London for £3.65 million. Mr Blair was able to claim on his parliamentary expenses for the interest repayments on almost a third of the new mortgage on his constituency home.

Legg was very close to someone who was as close as it is possible to be with Cherie Blair – the Lord Chancellor Derry Irvine. 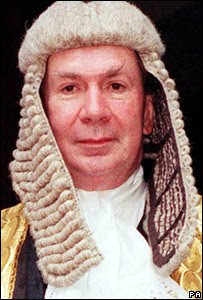 ‘When I was first appointed Lord Chancellor,’ he (Derry) drones, ‘my Permanent Secretary, Sir Thomas Legg, impressed upon me the advantages for me, both as Lord Chancellor and as Speaker, of living in the residence. I took the view that there was much to be said for accepting that advice.’…

If you remember there was no expense spared in having the place redecorated, and I mean $1 million was spent.

THE Lord Chancellor yesterday insisted he had no responsibility for the pounds 650,000 restoration of his grace and favour residence in the House of Lords.

In an attempt to restore some of the shine to his reputation as England’s most senior law officer, and end the controversy, he issued a statement saying responsibility rested with three committees for the choice of wallpaper, furniture and fittings, which include a new lavatory. It made clear he had not been responsible for the decision to use wallpaper costing pounds 59,211, beds at pounds 8,000 each, or Pugin-style furniture to fill the apartment.

People must surely start putting two and two together. The same people who were piling into the trough themselves for hundreds of thousands, and whose reputations so far survive intact, are now responsible for trying to drag MPs through court for a few hundred, destroying their reputations in the process.

Is this all part of the same programme?

Destroying the sovereignty and credibility of Parliament?

Now who would want to do that?

The Judiciary and the European Court of Justice?

The cap fits. The Blairs want Parliament destroyed so they can move on up to the big game as EU President and First Lady, where the really big money rolls. But first, that little detail of getting the Lisbon Treaty signed off has to occur.

The only place that they can really be stopped is in the British House of Commons with Cameron using his coming majority to undo Britain’s ratification. The Blairs want Parliament crushed, and Cameron wants it brought back to life. A tussle of major proportions is developing.

Sir Thomas Legg, I am sure, is himself lilly white as regards his accounting. He would have to be. But those he protects, and who have had their expenses claims covered up, like the Blairs and Mandelson, are now the ones about to trough far bigger sums and enjoy greater yet powers of patronage in the EU as President and Commissioner, as their payback for the destruction of British democracy.

Trashing the reputation of MPs is all part of the process, and Sir Thomas Legg has carried out his role to perfection, making sure the political fallout occurs at exactly the right moment when Britain needs to fight its way out of the Lisbon Treaty, and needs as much confidence in its democratic institutions as possible.

Sir Thomas Legg, quintessential insider, the Establishment Man’s Establishment Man: as unctuous a piece of slime as ever slithered around the corridors of Whitehall. In his “Independent” Arms to Africa inquiry he exonerated mercenary Tim Spicer and Executive Outcomes against the evidence and after taking direct instruction from No 10 on the kind of whitewash to produce.

From Sky Blog comments today –Tony Blair must be wringing his hands over the fact that he cannot demonstrate that with regard to the expenses scandal he cannot prove that he is, ‘Lilly White’. – Never mind Tony, I am sure that the auditors are very mindfully forgiving over the fact that at the same time as you ditched the office of prime minister, all record of your claims for various expenses also were ditched; the explanation being that such documentation was shredded, purely by “accident”; but, I wonder who put the shredder into over-drive, yeh?? 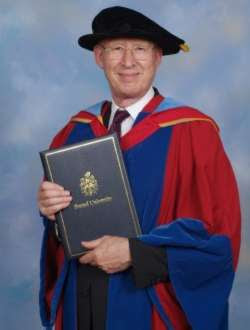 He is 74 years old and has been involved in the appointment of judges for the last 20 years, being broadly in favour of dropping merit as the criterion of appointment, and instead, promoting women and ethnic minorities. He stated,

So I agree with the Government in preferring a ‘Recommending’ Commission. I think the Commission should give the Secretary of State a real choice, for which he should take a real responsibility. And for my part I think it should always be the Secretary of State – the opportunity should be taken to eliminate the Prime Minister from all appointments below the new Supreme Court, except perhaps that of the Lord Chief Justice.

It seems that someone who is deciding who appoints the judges, and is also permitted to put one over on MPs as regards MPs, is an exceedingly powerful person. His association with Derry Irvine Lord Chancellor is the source of his position, and Irvine is the Blair’s man.

Here are his biographic details –

Born in London in 1935, Tom Legg went to school at Horace Mann in New York and Frensham Heights in England. After National Service in the Royal Marines, he read history and law at St John’s College, Cambridge. Called to the Bar in 1960, he joined the Lord Chancellor’s Department (now the Department of Constitutional Affairs) in 1962.

His work there included law reform, the administration of the courts, European and international legal issues, and the appointment of judges. In 1989, Sir Thomas became the head of his Department, serving as the Lord Chancellor’s Permanent Secretary and Clerk of the Crown in Chancery until 1998. The Department he had first joined consisted of 12 lawyers, all working in the House of Lords. By the time he retired, it had grown to be responsible for over 20,000 staff, more than 500 buildings and a budget of over £2 billion.

Since his retirement from the Civil Service, Sir Thomas’s work has included chairmanship of the Hammersmith Hospitals NHS Trust, and membership of the Audit Commission and the House of Commons Audit Committee.

13 Responses to “Legg Protects The Powerful”