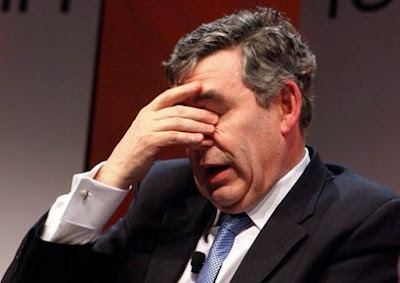 It is worth noting that the debt crisis in Britain will still be being paid for in twenty years time, that is, if governments are successful. Even then, according to the Institute Of Fiscal Studies, they need to cut £100 billion a year from their current spending to stand a chance of doing that, or one sixth of total government spending.

This is equal to a sixth of total public spending, two-thirds of the public sector pay bill and all spending on the National Health Service in England.

Moreover, if one assumes no further tightening, public sector net debt only returns to pre-crisis levels 20 years from now.

The man who spoke of Prudence in 1997, went on to blow the golden inheritance. He has ruined the prospects of the current generation, and now put the next generation into debt slavery for a minimum of 20 years.

What was all the money spent on?

No one has any idea.