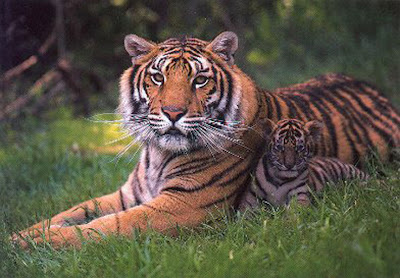 The FT’s Brussels Blog, in ‘Iceland, Ireland. Who will Emerge From Economic Crisis First?’ compares the current economic situations of Iceland and Ireland. One is locked inside the Euro. The other has its own currency. What’s the story ?

In terms of headline gross domestic product figures, Iceland comes out narrowly ahead. Over the last four quarters, its economy has contracted by a cumulative 3.8 per cent, almost half Ireland’s 7.4 per cent, according to a Deutsche Bank study.

But the inflation numbers paint a different picture: Iceland’s consumer price index is up 10.9 per cent since August, Ireland’s is down 2.4 per cent.

Both countries, of course, have horrendously high budget deficits – 13.5 per cent of GDP predicted this year for Iceland, 12 per cent for Ireland.

Unquestionably, the main difference relates to each nation’s external exchange rate and, by extension, its international business competitiveness.

The Icelandic krona all but collapsed after the crisis broke out, whereas Ireland, using the euro, could not devalue.

The result is that Iceland’s unit labour costs have fallen by 29 per cent over the past 12 months and by an astonishing 45. 6 per cent from their peak in the fourth quarter of 2005.

By contrast, Irish unit labour costs have dropped by only 4.3 per cent over the past year – and this has occurred more because of painful adjustments in the real economy (unemployment, reduced working time, reduced bonuses and wage cuts) than because of exchange rate factors (a falling euro).

Irish exports to the UK have been affected by the steep fall in the pound against the euro.

the hard truth is that Ireland – like fellow eurozone members Italy, Greece and Spain – has a long and hard road ahead to claw back its competitiveness.

The simple fact is that Ireland would be better off outside the Euro. Any illusions about walls of European money coming to their aid are pure fantasy. Germany is dead against bailing out economies that don’t keep their debts down.

Ireland either has to cut consumption, cut pay and fit itself inside a Germanic straightjacket, or break free of the Euro, and run its own show. Given the current state of high indebtedness, Ireland would do better to get out of the Euro while she’s ahead, and find her own level.

Maybe rejection of Lisbon would be a first step, and a Euro exit would come next. That way Ireland could rediscover her competitiveness, and thrive as a Tiger once more.