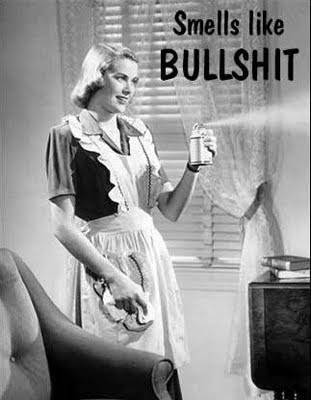 The word from ground level in Ireland, not from the media or the government, is that the NO side should win tomorrow’s referendum in a fair vote. The problem is that the ballot will probably be rigged by the Irish government.

Such fears are not groundless, as many elections across Europe have become dubious in recent years, not least those in the UK, where fraudulent postal voting on a massive scale has been permitted. Ballot box tampering has also been frequently alleged.

To try to prevent the government from cheating, the COIR campaign will be doing all it can to keep a tally of votes cast at each polling station, and to ensure the ballot box seals are not broken, until enough witnesses are in place to check tampering has not occurred, while the ballot boxes are stored overnight.

Cóir has said that its volunteers are making preparations to carefully monitor the second vote on the Lisbon Treaty referendum which will take place on Friday.

It has written to the Referendum Commission and the Department of the Environment outlining the actions that will be undertaken by Cóir members and supporters on Friday to ensure that every vote cast in the referendum is correctly accounted for and that the second vote on the treaty is absolutely free, fair and transparent.

On Friday, October 2nd, Cóir volunteers will visit every polling station in the country at the end of the day’s polling. They will count the number of polling boxes and confirm the number of votes cast in each polling station with the Returning Officer. Those totals will be checked against the total of votes counted the next day in each count centre. Cóir will also ensure that the seal on each polling box will only be broken before witnesses at the outset of the count the next day.

Cóir spokesman Richard Greene said that the measure was a “simple, yet 100% effective, means of ensuring the referendum process was free of any error or interference”. He added that the undemocratic nature of forcing the Irish people to vote again on the Lisbon Treaty has prompted many concerned calls to the Cóir office regarding the security of the vote.

“We’ve seen a shocking disregard for the spirit, not only of SIPO legislation, but of the McKenna and Coughlan judgments, during this referendum,” said Mr Greene. “Millions are being spent by Yes campaigners and no-one is asking where it came from. The requirement for equal airtime for Yes and No campaigners has been set aside, and the EU Commission is funding Yes propaganda. It doesn’t inspire confidence.”
Mr Greene said that Cóir’s canvass on the ground was showing that the treaty could be rejected. “We’re taking these actions on Friday to ensure that how people actually vote is reflected in the result,” he said.

Professor Anthony Coughlan said that “the intervention of the European Commission in the treaty campaign was unlawful under European law, as the Commission has no function in relation to the ratification of new Treaties, something that is exclusively a matter for the Member States under their own constitutional procedures.”

He also slammed the “part-funding of the posters and press advertisements of most of Ireland’s Yes-side political parties by their sister parties in the European Parliament, even though it is illegal under Irish law to receive donations from sources outside the country in a referendum and when, under EU law, money provided by the European Parliament to cross-national political parties is supposed to be confined to informational-type material and to avoid direct partisan advocacy,”.

And he pointed out that “the Government’s unlawful use of public funds in circulating to voters a postcard with details of the so-called “assurances” from the European Council, followed by a brochure some time later containing a tendentious summary of the provisions of the Lisbon Treaty – were both in breach of the Supreme Court’s 1995 judgement in McKenna which found it was unconstitutional of the Government to use public money to seek to procure a particular result in a referendum.”

Professor Coughlan also criticized the Referendum Commission’s Guide to the Lisbon Treaty-which was circulated to voters at taxpayers’ expense.

“It makes no attempt to inform them about the proposed Constitutional Amendment, despite that being your prime statutory duty and that of your Referendum Commission colleagues under the Referendum Acts,” said the National Platform Director.

“The leaflet and other material which you have made available do not tell citizen-voters that the new first sentence of the proposed Amendment we shall be voting on provides that the State “affirms its commitment to the European Union” which would be established by the Lisbon Treaty and you give voters no idea that this is the case or what such a commitment might entail,” he continued.

“You do not inform voters that the second and third sentences of the proposed Amendment make clear that ratifying the Lisbon Treaty would abolish the European Community which Ireland joined in 1973 and would establish in its place a new European Union on the basis of the Lisbon Treaty which would be constitutionally very different from the European Union that we are currently members of, or what that difference might be. Nowhere in the Referendum Commission’s information material that you have sent to voters do you advert to the fact that the Lisbon Treaty would confer on Irish citizens an “additional” citizenship of the post-Lisbon European Union, with associated citizens’ rights and duties vis-à-vis that Union, and what the implications of such a change might be,” said Professor Coughlan.

And he had words for Judge Clarke’s performance on Morning Ireland “One would think that there could be few things more constitutionally important for citizens than being endowed with an additional citizenship. Yet, last Friday I heard you state on Morning Ireland that the difference between the “additional” citizenship that we would have of the post-Lisbon European Union and the notional or symbolical “complementary” EU citizenship we are said to have today was “of no great consequence” or words to that effect. Yet the most cursory acquaintance with the constitutional changes which the Lisbon Treaty and the Constitutional Amendment to ratify it would bring about shows that this is just not true.

One Response to “COIR Campaigners Fear A Rigged Referendum”