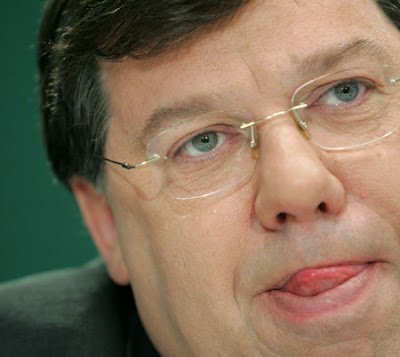 Reading the COIR emails (example below, as sent to me today), you can feel a sense of urgency and concern that the Irish Government has a vote-rigging plan in place.

As our Irish friends told us last week, the vote will be NO, unless it’s rigged. It seems now that this fear is no joke, and all NO campaigners need to spring into action.

I hope this update finds you well

The purpose of this update is to ensure that Friday’s vote is fair, free and transparent and that every vote cast is correctly counted.

Here’s what you need to do:

1. Print off the attached form here. It is the first document – Monitoring Form

2. Between 9.45pm and 10pm on Friday go to your polling station with this form.

3. Ask the Presiding Officer for the information needed to complete the form – ie how many boxes are in the station, how many votes were cast in each box, and the total of votes cast in the polling station. If you prefer you can note the number of boxes and their ID numbers when you cast your vote earlier in the day.

4. Organise others to cover other polling stations in your area.

NB NB When you have that organized CALL the Cóir office to let us know what stations you are covering. That means we can allocate resources to where they are needed and make sure as many stations as possible are covered.

CAUTION: When you go to the polling station at close of business, the Presiding Officer may refuse the information. You should politely insist that as a taxpayer you are entitled to the information as part of ensuring a free and fair referendum. If they continue to refuse, take the name of the Returning officer and report the matter to your local Coir convenor.

5. The next day go to the count. Go immediately to speak to the Returning Officer. Ensure that every box of votes is to be opened in front of you/other witnesses – and that the total of the votes recorded on the envelope attached to the box will be tallied to the actual votes in the box.

Ensure that every box is then actually opened in front of you/other witnesses. That means the seal should ONLY be broken on the box in front of witnesses. When the votes are counted, check that the tallies match:

If there are any discrepancies let us know IMMEDIATELY – call your local Cóir convenor.

It seems as if Operation STOP THE RIGGERS is launched. Good luck, Naimh ! Stop the bastards if you can.

One Response to “Call To Arms – Stop Irish Government Poll-Rigging”