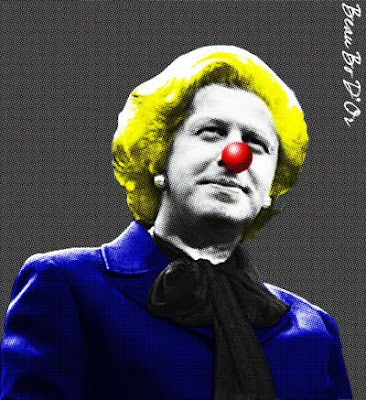 Cameron is stating that the final Conservative Party Lisbon Treaty policy will only be declared, at the time of its ratification. The question on everyone’s mind is, ‘will there be a British referendum?’

Hague has given several interviews trying to lower the Party’s activists’ expectations.

In an interview with The Sunday Times, Johnson said:

“If we are faced with the prospect of Tony Blair suddenly emerging, suddenly pupating into an intergalactic spokesman for Europe, then I think the British people deserve a say on it … I do think it would be right for such a debate to be held, particularly if the upshot of the Lisbon treaty is going to produce President Blair.”

The battle lines are now drawn, you might say. Something tells me that Boris will win this one, as feelings will be/are running very high. If Boris stands firm and repeats his thoughts, the pressure on Cameron to relent will become unstoppable, as with the EPP in 2005.

Cameron will not be able to get elected without Party unity, and the vast majority of Conservative supporters, members and even MPs don’t want to bend the knee to Blair, or see The Queen having to bend to the Blairess…and I mean really don’t. 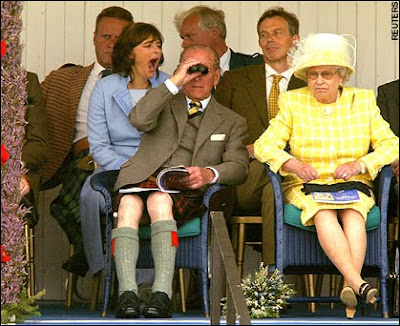 Boris is onto something that will not go away, just like the EPP decision, and Cameron will simply have to face it. Whether he does that now, or in a few months timeis the only question. But rebellion against Lisbon will be the only viable option.

People should recall that the decision to quit the EPP was not initiated by Cameron (most people have forgotten), but by Liam Fox as part of his leadership bid in 2005. 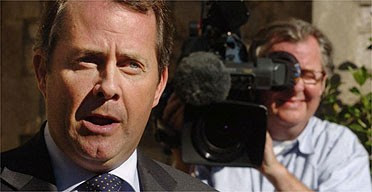 This will be history repeating itself, I feel.

Cameron will end up having to carry out a policy suggested by another leading figure in the party, this time Boris Johnson, a policy he would prefer to avoid.

The eurosceptic heart that beats inside Conservative breasts will not be satisfied with anything less.

Will the pattern now be like this? Cameron tries to say NO to eurosceptic demands. Another figure in the Party goes public backing the policy being demanded, potentially weakening Cameron’s leadership position. Cameron then has no choice but to match the offer and put it into effect. 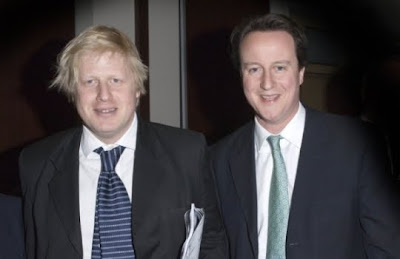 It’s happened once over the EPP with Liam Fox. Will it now happen a second time with Boris?

My guess is that Boris has got the heartbeat of the Party right on Lisbon, and the Party will naturally be drawn towards Boris’ opinion, but as with the EPP, it will take months not days to arrive.

Is this the way of Hague’s new ‘evolutionary’ approach to the EU?

Cameron and Hague will not be taking the key decisions, but people like James Murdoch, Boris Johnson and Liam Fox will simply elbow them into action from the sides. Cameron and Hague then run apologetically to Angela and Nicholas, and keep the EU sweet.

(Murdochs own the ST where Boris is currently erupting)

I see a parallel in this method of leadership with a rugby scrum. 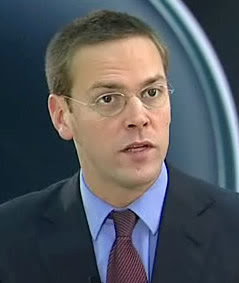