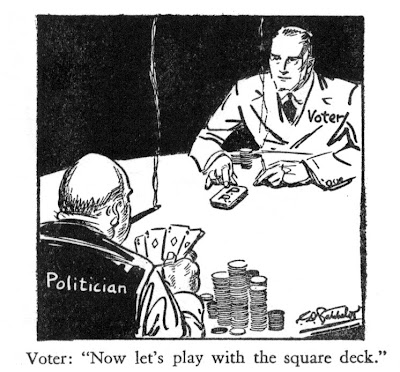 Good luck to David Cameron, who is walking the tightrope of European politics.

His own supporters are disappointed not to have a firm commitment over the Lisbon Treaty referendum promise. The referendum is still believed by most to be the best tactic or avenue to express British euroscepticism, judging by the scribblings of Conservative supporters, and those who have drifted off into minor parties.

But in truth, if you want referenda to resolve the EU issue for Britain, why worry exclusively about the Lisbon Treaty? If we are to open up a discussion of Europe, as Dan Hannan says on his blog, we should be reopening the file on other Treaties which were not put to referendum too, including Nice, Maastricht and all. Lisbon is only the last nail in Britain’s coffin.

And in any case are referenda the only avenue available to negotiate and articulate the eurosceptic appetite growing across Britain? There are other possibilities.

One idea is a little bit lateral, but once you think about it, quite a good one. Why don’t the Conservatives notice something?

That something is this. The topic of proportional representation has disappeared from the list of demands from the Liberal Democrats, or the thoughts of Labour, when at one time, it was dragged out as a primary threat against the eurosceptics. The reason for that is this. As the minor parties have steadily grown from 5% to around 15% in the last few years, PR would not help the Lib Dems much, but would now instead help the eurosceptic movement to win power with an overall majority in Parliament.

NOTE – In the EP elections, Conservatives got 27%. UKIP 16%. BNP 8% and Green 6% – all eurosceptic or withdrawalist. Labour and Lib Dem managed only 29% between them. See chart of EP elections results HERE.

Euroscepticism would have a mandate for power, based on longterm national popular support, not as now where either the foibles of low turnout FPTP voting, which grants supreme power to anyone who can get one quarter of the electorate to vote for it in a general election, or a successful referendum season, would be the basis of an uncertain and probably only temporary rebellion against the EU.

There is another even bigger group of people than the minor parties, whose opinion and votes could be brought to bear on resolving the biggest issue to affect Britain’s future – the missing half of British politics – the non-voter. If the electoral system went to PR, the voters who claim that they think all the big parties are the same, would find there were, instead of no real choice, as they see it, a plethora of small parties they could vote for.

And from the eurosceptic viewpoint, there is not a single small party that supports absorption into the EU, other that is, than the SNP in Scotland, and even they aren’t too sure really.

As David Cameron and other Conservatives consider their options and struggle to walk the tightrope of EU politics, they should think about this. The Conservatives allied with the current 15% or so who support minor parties, would have at least a real 50% plus majority of Britain’s (voting) electorate backing them for a fundamental renegotiation with the EU. And as the non-voters return, surging into backing minor parties, which under PR would at last be worth voting for, the europhile Labour, Lib Dem and SNP might find themselves relegated to a permanent under-40% between them.

And the Conservative and Independence coalition would be able to negotiate with the EU for withdrawal, not simply based on a referendum which gives a hard to read next step, but on a permanent, or semi-permanent position of strength, and popular support.

Finally, if PR was now to be offered as a manifesto commitment by David Cameron, he would immediately find another 5% or more supporting the Conservatives right now, and his government on 2010 would have a landslide of unimaginable proportions. While PR is prepared for in 2015, Cameron would already have a huge mandate to take on the EU.

He could then brush off the kind of noises coming out of France, Germany and Sweden, as mentioned in The Times today. See the extract below.

Think about it, Conservatives. This would be the end of your troubles, and the end of Britain’s nightmare. We could move on from all this kind of drivel….

Mr Reinfeldt’s remarks follow Ms Merkel’s decision to disband several working groups with the Tories in response to Mr Cameron’s stance on the treaty and his decision to pull his MEPs out of the European Parliament’s main centre-right group. His critical approach to the EU is also thought to have irritated President Sarkozy of France, who has declined to appear at a Tory party conference, yet invited Tony Blair to speak at his centre-right party’s gathering.

EU leaders argue that Mr Cameron as prime minister could not act alone to combat climate change, one of his main goals, whereas the EU is trying to establish a cap-and-trade carbon market to reduce pollution across the continent. They also argue that the EU needs to work together and speak with one voice on repairing the shattered financial system to avoid chances of a repeat crash.

After talks with Mr Reinfeldt, Mr Fischer, the Czech Prime Minister, said he was confident that the country’s unpredictable President, Vaclav Klaus, would sign the Lisbon treaty by the end of the year. This would complete ratification, with President Kaczynski of Poland likely to sign up within a week.

“I am fully and deeply convinced that there is no reason for anxiety in Europe. In the Czech Republic the problem is not whether yes or no, the question is when,” Mr Fischer said, although he added that he had not had a firm commitment from President Klaus.

Conservatives! Get into the PR driving seat NOW

(Image at top from www.fairvote.org)

2 Responses to “Conservatives! Get Into The PR Driving Seat NOW!”