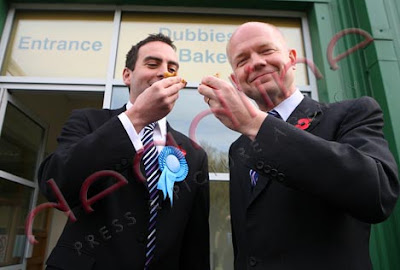 I do love reading the blog of Ralph Grahn, the Finnish lawyer, expert and supporter of all things EU. He provides such a clear and honest example of the blinkered minds that believe in Eternal Uselessness.

He no longer accepts comments on his blog, no doubt offended by the sceptics like me, who set about him occasionally. It’s a shame as bating Grahn was a good sport. (This morning 13th September his comments are back again !)

Bereft of the tempering effect of opposition on his blog, he has strayed into the realms of unreality, as the EU empire starts to teeter, prior to its eventual fall. He becomes more and more offended as events refuse to conform to his prognostications for a EUtopian future.

The Irish referendum result on 2008 was incomprehensible to him, for example, so he starts researching Irish history, trying to find a reason why the Irish are not grateful for having their economy destroyed, and their society and polity given over to corruption.

The British too are not his cup of tea, or at least the Conservative Party isn’t, and especially William Hague who he accuses of planning a future for Britain, of ‘nationalism without allies‘. He publishes Hague’s July Foreign Policy speech in full with his own incredulous commentary.

Apart from the fact that Hague’s speech is well worth reading, betraying as it does, a determination not to live within the terms of the Lisbon Treaty (Hello Torysceptic Eurosceptics), (Read it as presented by Ralph HERE), and instead to engage with the world, and not be restricted to Europe alone. The almost tearful and incomprehending response by Ralph is marvelous to behold.

No allies, Ralph? Hague’s speech talks about little else. It’s the demotion of the european allies to roughly speaking third place behind the US and the rest of the world which offends Ralph’s little Euroego.

Nationalism? The speech talks of principles – democracy, stopping terrorism, reversing environmental degradation and the failure of states, of freedom and the need for Britain to do more to build a worldwide network to help the process of peace. Hague tours the globe itemising areas of danger, and areas of hope. If that’s nationalism, it’s the most benign form of the term ever seen by mankind.

For Ralph, though, Hague has effectively joined the BNP, and is no better than a social delinquent.

In reality, Hague wants Britain to play a role in helping the world meet the challenges of the future, unencumbered and effective. The little Euro mind will be jolly batey if he does, it appears, and those offended Eurofeelings, as you can see by reading Ralph’s blog, should come first, well before Hague is entitled to consider what he can do towards saving the world,or acting in Britain’s best interests.

Britain’s destiny should be curtailed indefinitely, Ralph seems to believe. Hague, though, wants to become the embodiment of Michael Howard’s 2005 election phrase (originally written by me of course in 2001 for UKIP), and get back not to merely complying with edicts from Brussels, but with doing ‘whatsbestforbritain‘! 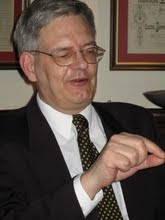