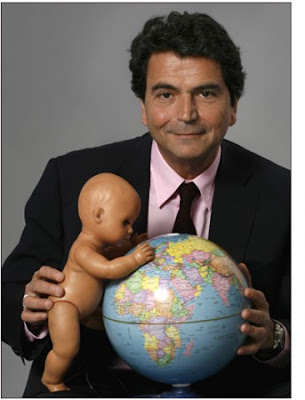 Yet another Minister for Europe is hedging their bets on the Irish Referendum. This time the French. Last time the Swedish.

In an interview with French radio station LCI, Pierre Lellouche, French Minister for Europe, was asked what will happen if Ireland votes ‘No’.

He said: “We are waiting very impatiently because the future of 500 million Europeans lays in the hands of 3 or 4 million Irish voters… it is a very uncertain campaign”.

He continued: “Whatever happens, Europe will keep on going because we do not have a choice…there is a lot of work to do in the energy, immigration, industry and social fields, and we are not going to stop.

So we will find solutions if ever we were faced with such a situation.

It doesn’t sound like a ring of confidence in a YES, does it … despite all those dodgy polls.

See earlier post Europe Abandons Democracy. Here is another Minister who thinks a rejection by Ireland has to be ignored. You really wonder why they bother holding referendums. They can’t cope with the answers. It would be better if they set up a Dictatorship openly and honestly, and cut out all the pretence.

Jackboots are jackboots after all.