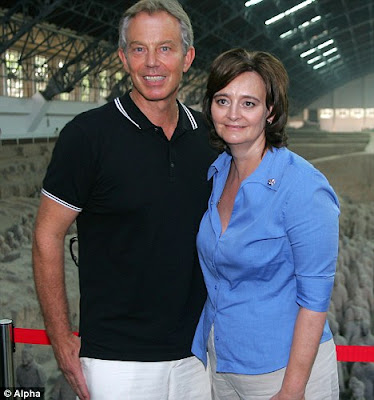 A new book written by journalist Adam Boulton suggests that ‘Lord Mandelson is merely ‘propping up’ Mr Brown to make sure the EU’s Lisbon Treaty is approved next month (in Ireland) and that, as a result, his friend and ally Mr Blair becomes the EU’s first all-powerful President.

The claim of Blair’s Presidency depending on an EU deal is not new, but coming from Adam Boulton, gives it far more credibility, as he is a ‘New’ Labour insider.

In the 2005 general election, he promised that there would be a referendum on the Constitutional Treaty in his manifesto before Britain signed its ratification. Then the Treaty had its name changed to The Lisbon Treaty, and Blair made way for Gordon Brown, making the trail back to the manifesto promise hard to argue.

The Brown accession to Prime Ministership appeared to be some kind of a fix at the time. Brown immediately went to Brussels to sign The Lisbon Treaty as his first act, and whipped it through the Commons as fast as his little legs could carry him.

All he had to do then was cruise through to the longest possible next election date, ensuring The Lisbon Treaty was ratified across the rest of Europe before the Conservatives could win power, and his and Blair’s side of the bargain was sealed.

British euroscepticism had, it seemed, been neatly side-stepped.

In the original deal, no doubt it was Blair who was intended by the EU to close out the Tories, but it was the ambition of his jealous sideman Brown, who wanted a piece of the Lisbon action, that felled Blair before he could could deliver Britain in person. In any case he had procured Brown to do his work for him.

President Blair’s new palace, waiting for him in Brussels. 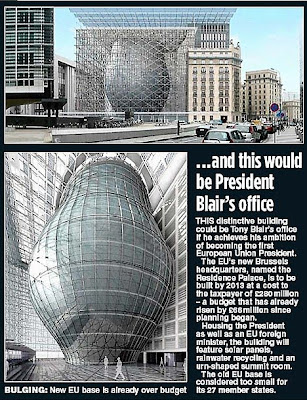 Blair could collect high office in Europe, following in the Kinnock/Mandelson tradition, whereby British national ‘traitors’ are assured of deification, riches, and soft media coverage for life. Brown was simply not prepared to see all the prizes go to Blair, thinking that he too should be considered for reward and position.

The EU was happy to share the spoils between Blair and Brown, thinking at the moment they agreed that Blair could go, that the whole thing was academic by then anyway. They had two Prime Ministers, secretly working for the EU, not one.

The Irish Referendum seemed to be in the bag, as how could the Irish of all people vote NO to a European Treaty? (they had rejected NICE once, but since then Ireland had become the wealthiest country in Europe.)

At the moment of supreme arrogance, which Lisbon engendered, the EU thought they had stitched up the deal, British eurosceptics were neutralised and Lisbon was assured. 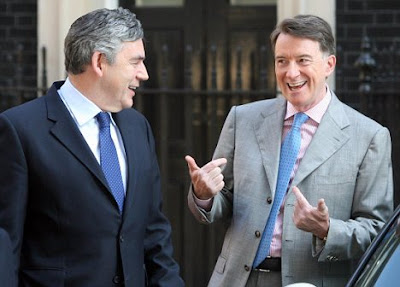 But then came the banking crisis.

This turned the minds of most people in Europe from moderate optimism to pessimism and fear. The Irish were suddenly converted from bloated pigeons into starving hawks, eager to express their anger at their corrupt government, where previously they didn’t much care, as debt endlessly pumped up the value of their houses.

In Britain, the Lehman/Sub-Prime crisis,and Britain’s mini-version of the Northern Rock, and other banks running to the Bank of England for funds, have put Brown under the kind of pressure he is simply unable to take. He is now eating anti-depressant pills, and must be close to a complete breakdown, as Guido’s blog constantly relates.

The signs of distress are everywhere. Harriet Harman is warming up her leadership ambitions. Blair and Mandelson are now openly saying ‘Brown is a quitter’, and that he might not even stand at the general election. They’re trying to pull the plug, and let Brown’s water out, but he in turn seems determined to carry on to the grim death.

Ireland’s Vote Will Be Crucial For The Blairs

If the EU doesn’t sort out Britain in its favour, their fear is that an election might be forced earlier than planned. EU fears that Lisbon will be lost are palpable, and they are hoping Blair can somehow put it all back together for them. He, in turn, is anxious to collect his prize. He has been preparing his ground a long time, including converting to catholicism. But without Lisbon ratified, the position of President, to which he so much aspires, will not exist. 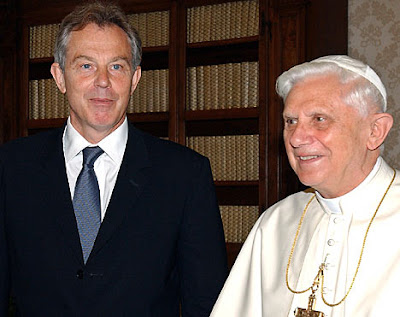 The vote in Ireland on October 2nd will be crucial to what happens. If it’s YES, then the EU will relax a little about Brown. If it’s NO, they will move in on him, and try to orchestrate a safer and stronger pair of hands into Number 10, while a new stitch-up is attempted for Ireland, before British elections can take place.

The Irish, however, should consider that they are also part of this deal, which in the end, when all is said and done, is intended to deliver an ex-British Prime Minister to, in effect, become ‘President of Ireland’.

I doubt they would really want that, if they knew, and many more would vote NO. 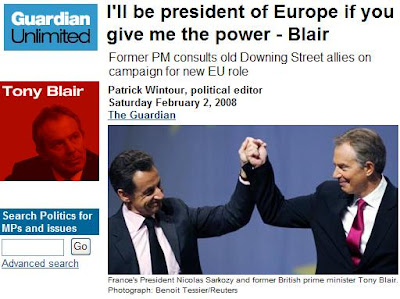 The Irish should read this story, as it is their future being played out behind closed doors in London and Brussels as much as Britain’s. See HERE.

A 2nd Irish NO vote would probably not be the final end of the Lisbon game-plan, but at least, it would be seriously delayed. From the Irish viewpoint, it would also provide the satisfaction of felling Blair, Mandelson and Brown’s EU ambitions, removing British influence from Dublin and Brussels.

Once Cameron is elected, all the offers of high EU positions would be made to compliant Conservatives, and yet Cameron seems decidedly disinterested in receiving EU largesse.

With The Lisbon Treaty shelved, and Cameron holding a referendum in Britain, whatever version of itself the EU manages to create next, the one thing you can say for sure is that it will be a far less British-orientated one.

But if on the other hand, Lisbon gets a YES in Ireland this time around, sanctimonious, self-serving and high-handed President Blair and his First Lady, can prepare to lord it worldwide, and Ireland like Britain will have no choice but to chew on it – their £15 million unexplained fortune and string of dubiously acquired properties safely under their belts. 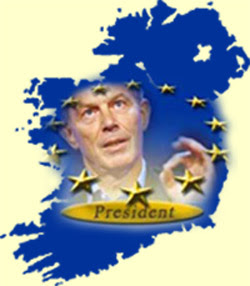 Will Ireland be forced to pay homage to Europe’s new royalty? Isn’t this exactly what Ireland should never do?

See the slogan below from the times of Ireland’s Independence struggles from Britain. Have the Irish finally surrendered to European power? I doubt it!!

‘We Serve Neither King Nor Kaiser, But Ireland’.

This is surely the way the Irish want to remain. They played the European game and made a fortune, but now is surely the time for them to quit. Political and economic payback time is fast approaching. 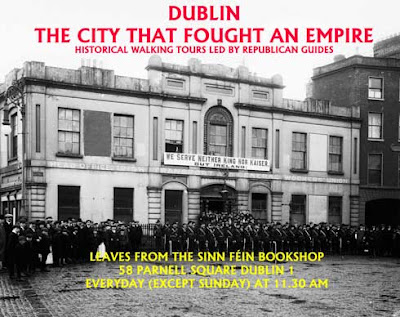 8 Responses to “Do The Irish Want A British President?”