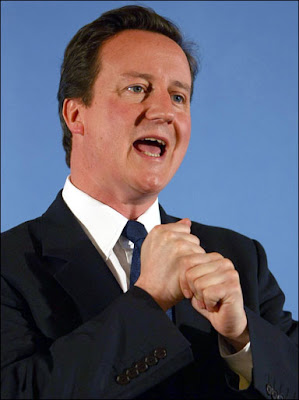 This country is in the worst mess it’s been in for a generation. Unemployment is rising and youth unemployment is at its highest level since records began. Violent crime has increased by 70 per cent under Labour and there are more than 100 serious knife crimes every day. The poor are getting poorer, social mobility has stalled, and four in ten children are leaving primary school unable to read, write and add up properly.

In another twenty years, no one will be able to count the number of murders and robberies, or even read about them. That’s Labour’s solution. Build up crime. Dumb down the mind. Cameron will need a landslide and to quit the EU to get control of Britain to do the things he needs to do.

I believe he will.