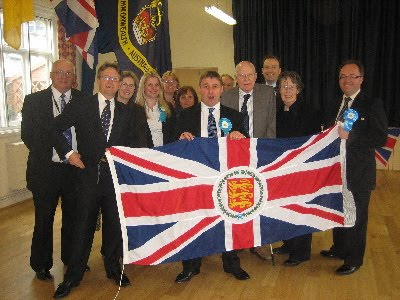 We had a hint from Roger Helmer writing in a comment on ConservativeHome on September 6th 2009, that the oft-repeated phrase, ‘we won’t let matters rest there’ has been upgraded by the Party to ‘decisive action will be taken’. On the Lisbon Treaty Referendum, that is. See HERE.

I believe we will do what William Hague and Mark Francois say we will do — take decisive action to ensure that we are not part of the new Lisbon Treaty arrangements. I don’t believe that the Party membership would stand for anything less.

I immediately blogged that something was up, based on this comment, and told folks to keep an eye out for confirmation of the change of tone, if not of an actual manifesto commitment to a Referendum on the Lisbon Treaty, Period.

It was as if Roger Helmer knew something which permitted him to offer a hardening of Cameron and Hague’s previous rather vague statement. But we needed some confirmation. Well we now have, if not actual confirmation in concrete terms, another MEP prepared to offer a substantially increased level of expectation that Britain will be having a referendum on the Lisbon Treaty, come what may, no if’s, when’s or butts !

This time it is Dan Hannan. He is offering more clues that something definite is being talked about, albeit so far, behind the scenes.

Again the name Mark Francois MP, Shadow Minister Europe. is mentioned by Hannan as it was by Roger Helmer, as the person who is turning broad preferences in the Party into ‘decisive action’. He is, for example, credited with having successfully negotiated the ending of the Conservative Party’s membership of the EPP.

I am increasingly confident that Britain will get its referendum. I’m not in a position to explain why at this stage, but our hand is stronger than is generally supposed. I know this won’t do for some of my readers, but I’m afraid that, for now, you’ll just have to take my word for it.

On September 6th, I said to keep an eye out in the days ahead for confirmation that the Conservative leadership’s position on Lisbon was hardening, and here, on the 8th September, just two days later, we have this new clue from Dan Hannan.

Helmer and Hannan would not be signalling a change in Party Policy unless they knew for certain this met with Hague’s and Cameron’s approval.

Eurosceptics should sink an extra glass of celebration this evening. And keep an eye out for exactly what is to come next – what the people of Britain are finally going to be offered, the referendum on europe that was always promised by so many politicians but never delivered.

PICTURED – centre – the said MP Mark Francois. Your toasts should be to this young (he looks young to me!) MP, and to William Hague. Maybe a sip for David Cameron would also be in order, although Dave will no doubt prefer this kept as a hidden agenda, for now ! 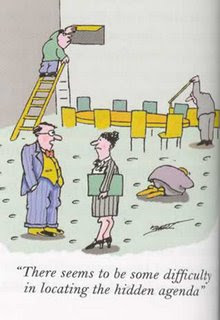 BOOKMAKER Paddy Power has cut the odds on a No vote in a second Irish referendum on the EU’s Lisbon treaty after flow of punters gambled on another defeat.
Paddy Power cut the odds of a No vote in October from 5/1 to 5/2. Ireland is one of four countries that have yet to ratify the treaty.

I cannot even see the bet on the Paddy Power website this evening !

The red flag with three golden lions comes from the English coat of arms (seen in the first and fourth quarters of the United Kingdom’s coat of arms). They are three lions passant guardant, in heraldic terms.

After the Norman conquest of England in 1006, the arms of the House of Normandy were used for England, they consisted of two golden lions on a red field. King Henry II of the House of Plantagenet used, in 1158, the first known arms of an English monarch: one golden lion rampant on a red field (very much a reversal of the current Scottish standard and coat of arms.

King Richard I (often referred to as Richard the Lionheart), Henry’s son, decided to use his personal arms for England: two golden lions rampant on a red field, however by the end of his life he was using three lions passant on a red field–the current English arms. The origin of the third lion is unclear, some say it was to represent the Anglo-Norman empire, other say it was to represent the single leopard of Aquitaine, and other still maintain that there was no fixed number and three was eventually just settled on.

The lions and the term lions can still be seen today in an assortment of places other than the United Kingdom coat of arms. It is also used in the arms and royal standard (flag of the monarch) in many Commonwealth nations. It is seen in the logos for the English national football team (where “Three Lions” is also the nickname), the national cricket team, and the Great Britain rugby league team. It’s also the nickname of said Great Britain team and also the English rugby league team. It is not, however, used as a logo or nickname for the English rugby union team where a red rose is used.