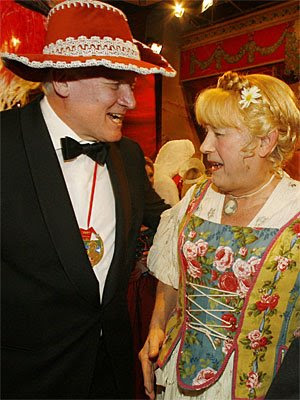 ‘No real progress’ made at German parliamentary debate on Lisbon Treaty

Handelsblatt reports that there was no progress at yesterday’s German Bundestag meeting on the legislation required to ratify the Lisbon Treaty. The different factions only agreed on a guideline of procedure, but failed to agree concrete proposals. The CSU has argued that a stronger say for the German parliament over EU decision-making should not only be embedded in new legislation but also in the German Constitution. The SPD is strongly opposed to such a measure. SPD parliamentary spokesperson on EU matters, Axel Schäfer, said that a constitutional amendment “is out of the question”, whereas the CDU has signaled a willingness to discuss the issue.

Furthermore, the CSU demands that parliament’s statements on EU questions should be binding on the German government with the exception of matters relating to foreign and security policy. This stands in strong opposition to the CDU, SPD, FDP, and Greens. Another conflicting issue is the CSU demand for referendums on questions related to the future integration of the EU.

The article notes that these differences seriously threaten the timetable set out for passing the legislation on the Lisbon Treaty and therefore ratification of the Treaty before the referendum in Ireland. The first reading in the parliament is expected on 26 August. 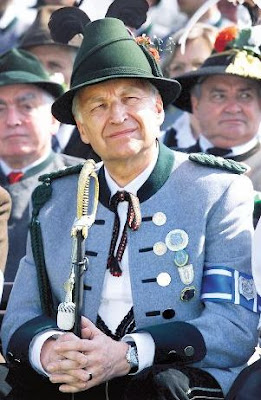 Who are the CSU ?

CSU – Christlich-Soziale Union in Bayern (help·info)) is a Christian democratic and conservative political party in Germany. It operates only in the state of Bavaria, while its sister party, the Christian Democratic Union (CDU), operates in the other 15 states of Germany. The difference between the CDU and the CSU is mainly that the CSU is more conservative in domestic and social issues but more progressive in fiscal issues. On the federal level, it forms a common faction in the Bundestag, the federal parliament, with the CDU. This makes up the CDU/CSU faction, which is frequently referred to as die Unionsfraktion (the Union faction). The CDU/CSU faction currently governs in a grand coalition with the Social Democratic Party of Germany (SPD) faction on the federal level. In the state of Bavaria, the CSU governs in a coalition with the Free Democratic Party (FDP). The CSU was founded as a continuation of the Weimar-era Catholic Bavarian People’s Party.

More about the CDU/CSU alliance……

The Christian Democratic Union of Germany (CDU; Christlich Demokratische Union Deutschlands) is a Christian democratic and conservative political party in Germany.
Along with its Bavarian sister party, the Christian Social Union of Bavaria, the CDU forms the CDU/CSU grouping in the Bundestag.
The leader of the party, Angela Merkel, is also the incumbent Chancellor of Germany. In the European Parliament, the CDU is a member of the European People’s Party (EPP) – again from Wikipedia.

See BBC describe the role of the CSU and introduce its new leader Horst Seehofer (PICTURED), who took over from Erwin Huber, who succeeded the more famous Edmund Stoiber in 2007 HERE

These CSU lot enjoy fancy dress parties. Brussels must seem awfully dull to them ! No wonder they object to Lisbon so strongly. Truth be told that it will be from the ranks of the CSU that the will to fight Lisbon within Germany will emerge. There is nowhere else. 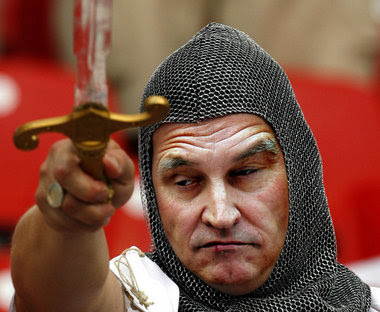