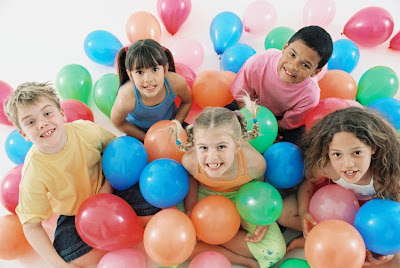 The German Constitutional Court has spoken. What has it said? A copy in English of its decision appears on Grahnlaw. I am trying to read it disturbed by kids on all sides demanding attention, which is not ideal, but life is like that these days!

To my way of thinking, it asks a question of the German Parliament and that question is simply ‘are you sure you want to legislate away the democratic rights of the German people?.

If so you are entitled to do so, but so that the courts can be certain, we need each of the powers vested in you to be legislated away in clear form, not with one broad brush stroke merely handing over your power to another body in perpetuity (the EU).

The EU does not have a democratic basis (but one based solely on international agreement) and handing power to the EU permanently, so that no ratification of its actions are required would not be allowed.

The EU cannot commit its member states to making war, for example, in any circumstances, and other crucial areas of government decision making cannot be handed over to the EU.

In other words the Lisbon Treaty and no other Treaty can be permitted to take away the powers of the German parliament, as the only basis for action that the EU has in Germany is and has to be founded entirely on the agreement of the German Parliament.

It’s like saying to the kids, ‘ok you can all go to the party, but just remember that you have to come home when we, or rather when the German Parliament says so.’

Ralph Grahn, the EU lawyer, doesn’t see it that way of course. He’s gone off with a lyrical poetic ode, praising the joys of the new world order where lawyers can make even more money without having to bother listening to anyone – not even the German Constitutional Court, it appears!

He writes as follows – If and when a uniform European people is constituted as the subject of legitimisation, and it is able to express its majority will in a politically effective manner that takes due account of equality in the context of the foundation of a European federal state, the road to a European federation is clear.

Dream on, Ralph! Your totalitarian state has been well and truly rumbled, and a few well-crafted words cannot hide the fact.

The EU party’s not quite over yet sadly, but your ship is holed below the water line and listing. All we need is the coming financial crash and you lot are all mincemeat. Enjoy the jelly and ice cream. It might be your last scoop.

The party will soon be over. The German Constitutional Court has just informed you that the EU doesn’t hit the necessary standard of acceptability, and nor is it likely to. They said it, however in such polite language that you missed the primary message completely.

I find that when children won’t listen to a kind rebuke, next stop is usually a firmer reprimand. Don’t cry though, Ralph. We all love you really.

UPDATE 7th July 2009 – From Hermitter writing in comments on Nosemonkey..

ne should not overlook that quite influential and powerful political forces were backing this constitutional complaint. E.g., Dr Peter Gauweiler is not only a “simple” Bundestag MP, but is acting on behalf of the most powerful conservative fraction within the CDU/CSU. Dr Gregor Gysi is the head of the Socialists, who are very strong in former East Germany; and Baden-Wurttemberg, as one of the most powerful laender, filed the complaint on behalf of the Bundesrat and rest of the Bundeslaender.

So, it wasn’t just “one individual” complaining to the Court, but the most powerful political forces (besides the federal government) in the country. Different from the US Supreme Court, the German Constitutional Court has a ruling-history of seeking consensus and seldom writes opinions that are dissenting too far from “public opinion”. The court uses often “proportionality” to decide what is conform with the Basic Law (and what not). E.g., possessing a small bag of cannabis for one’s own use is fine, says the BVerfG, because law enforcement must be balanced against the right to “free development of personality”. The same “proportionality” is normally applied as a lubricant when the BVerfG meshes with EU law. Each side is jealous of its prerogatives but also eager to avoid confrontation. If seen under this perspective, this ruling of June 30, 2009, is rather a “tsunami” than a “gentle breeze”. You have to read the whole decision very closely (including the complainants’ arguments) to understand this . . . and don’t be fooled by the polite, moderate wording of the verdict. This is just part of this court’s disposition.

As a matter of fact, this dicision ended the “dream” of a European Federation for good (at least as long as Germany is part of the Club.