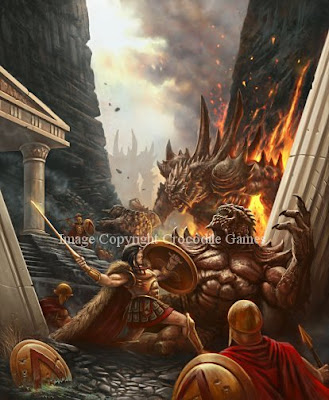 Once again the future of Europe hangs in the balance. And once again key events are taking place in the tiny Czech Republic. A country of 10 million people, The Czech Republic has the power to drive a second nail into the Lisbon Treaty’s coffin. The key point, not mentioned in many media outlets (BBC?) is that Vaclav Klaus has the power to choose the next Prime Minister now that Lisbon-favourable Topolanek has resigned.

And Klaus is unlikely to choose anyone in favour of Lisbon unless he’s undergone a serious change in outlook. The Treaty has been ratified by the lower house, but has yet to clear the Senate. Even if it clears the Senate, remember that Vaclav Klaus has the right to stop the ratification as his signature as President is required for it to pass into law. It would be ironic and highly admirable if the determination of just one man was enough to stop Lisbon.

Meanwhile, the resignation of Czech Prime Minister Mirek Topolanek, current holder of the EU presidency, has the potential to impact on the ratification process in both the Czech Republic and Ireland. Czech Deputy Prime Minister Alexandr Vondra said that the government’s collapse will make it harder to ratify the Treaty in the Czech Senate. “The ratification process is on track…but it will be a lot more difficult now to convince people to vote in favour,” he said. In addition, it is Czech President Vaclav Klaus, a critic of the Treaty, who has the power to choose who forms the next government. (FT, 26 March)

EU Commission President Jose Barroso reacted by saying, “The Czech Republic has signed the treaty and so the Czech Republic has an obligation to ratify. I really hope that this domestic, political development is not used as a way to put in question the treaty.” The President of the European Parliament, Hans-Gert Pöttering said, “I cannot imagine that 10 million Czechs will turn against (the other) 490 million EU citizens.” A European Commission official has said the situation has the potential to influence a second Irish referendum in October: “if it is still stuck in the Czech Republic by then, it becomes a lot less risky for the Irish to vote against. Then they are not the only bad guy”

Imagine a country refusing to ratify Lisbon that also has an anti-Lisbon leader. Ireland is run by Euro-corrupt pigs with their snouts firmly in the trough, and can be overpowered in time. But if Vaclav Klaus can hold up the Treaty, then the German Supreme Court might find its voice and declare the Treaty either void or unconstitutional or both.

Last time Europe’s freedom disappeared in 1940, the good guys were not ready in time to stop the bad guys. This time there is still a chance that they will be. No one can see any tanks or military build-up. The EU has learned from Hitler’s errors. Political brinkmanship and soft power can do the work of armies more effectively. But will The Czech Republic deliver the equivalent of a Thermopylae where 300 Greek troops held up an army of 30,000 Persians in a tiny pass? If he can fell the Lisbon Monster Vaclav Klaus would be the hero of the hour for 500 million Europeans who otherwise face total subjugation.