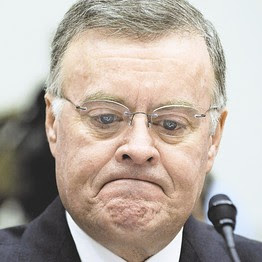 Mexican swine fever is sure as hell filling the airwaves. This is most convenient for politicians especially those in the US who might have something to hide. According to the Wall Street Journal, the takeover of Merrill Lynch by Bank of America was carried out under duress. Bernanke and Paulson are on their way to court accused of illegally enforcing it. This has yet to be mentioned on CNN or the BBC, but ought to be big news worldwide. The story is being suppressed by those who control the media, and it is appearing as a sub-story in financial newspapers, making it appear as of minor importance.

Stock markets continue with their recovery around the globe blissfully unaware how close to collapse the American banking system had come.

Instead we are treated to endless details about a pandemic which never was. The headlines about Mexican flu in the BBC are indeed terrifying. But look at the details. It really is laughable.

In almost all swine flu cases outside Mexico, people have been only mildly ill and have made a full recovery.’

Mr. Lewis, testifying under oath before New York’s attorney general in February, told prosecutors that he believed Messrs. Paulson and Bernanke were instructing him to keep silent about deepening financial difficulties at Merrill, the struggling brokerage giant. As part of his testimony, a transcript of which was reviewed by The Wall Street Journal, Mr. Lewis said the government wanted him to keep quiet while the two sides negotiated government funding to help BofA absorb Merrill and its huge losses.

Bank of America CEO Ken Lewis testified he was pressured to keep silent about deepening financial difficulties at Merrill Lynch. Here is a art of his testimony –

Q: Were you instructed not to tell your shareholders what the transaction was going to be?

A: I was instructed that ‘We do not want a public disclosure.’

Q: Who said that to you?

Q: Had it been up to you would you [have] made the disclosure?

Under normal circumstances, banks must alert their shareholders of any materially significant financial hits. But these weren’t normal times: Late last year, Wall Street was crumbling and BofA faced intense government pressure to buy Merrill to keep the crisis from spreading. Disclosing losses at Merrill — which eventually totaled $15.84 billion for the fourth quarter — could have given BofA’s shareholders an opportunity to stop the deal and let Merrill collapse instead.

“Isn’t that something that any shareholder at Bank of America…would want to know?” Mr. Lewis was asked by a representative of New York’s attorney general, Andrew Cuomo, according to the transcript.

“It wasn’t up to me,” Mr. Lewis said. The BofA chief said he was told by Messrs. Bernanke and Paulson that the deal needed to be completed, otherwise it would “impose a big risk to the financial system” of the U.S. as a whole.

But don’t think about all this. Look instead at the terrors of a flu outbreak that has yet to kill a single human being outside of Mexico. That’s far more important.