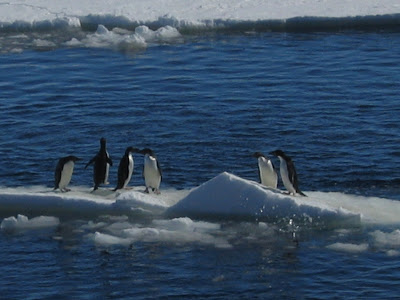 Following the movements of markets is currently a challenge, it might be said. Making sense of the world’s economy since around 2000 has been very hard. Years of irrational exuberance with record high valuations for stocks and commodities has turned into a long slow deflationary spiral downwards. Companies that are interested in future price movements have their work cut out in explaining it all, but one forecaster attempting to see the underlying trends in political terms this month is particularly interesting, seeing the end of the eurozone as the likely consequence of the crash.

I give you the preamble –

Taking a Hard Look at the Survivability of the European Union

The first question you have to ask yourself is, Why was the eurozone – the group of European nations that share the euro – created in 1999? What was so special about that year that made it possible?

Believe it or not, once you answer this question, you will understand not only what really holds the EU together, but also why (and when) its unity is most likely to be tested in the future.

You answer this question by plotting the recent major European social events on the chart of the DAX, Germany’s main stock index. What you’ll see is that, amazingly, every single major positive event in recent history occurred when stocks were rallying or near a top.

You can see this chart now, on page 2 of the April issue of EWI’s European Financial Forecast. It explains at a glance why the tensions between member nations are flaring up again: With European stocks cut in half or more by this bear market, Europe’s social mood is at the lowest point it’s been in years.

The Euro came out of the era of irrational exuberance. Will it now disappear in the era or more sober valuations and pessimism? It seems that the writers from Elliott Wave International think so.

PICTURE – Adelies on melting ice. I apologise to the birds for any implied suggestion that they are as dumb as the fools who constructed the eurozone.

Another aspect of the Euro’s reporting in financial circles that caught my attention is that the Euro is not regarded as a currency that began in 1999, but one that started at the end of WW2 under the aegis of Konrad Adenauer. The currency is invariably referred to as the DM/Euro and long term charts going back 40 years present the currency as an unbroken single entity.

That gives a clue as to how it will unravel. The Euro will be regarded as the DM once more. Each country will have to negotiate the value of its Euro assets and debts with Germany, and the road to economic sanity will lie open for countries like Ireland to relaunch the Punt.

The exact events which EWI foresees I cannot say as I am not a subscriber to their newsletter. But I find their free tasters which arrive by email to be very enlightening. A further crash in the DAX is obviously one thing that is likely, and a falling of the value of the Euro as the banking crises and national debt crises across Europe start to impact – with no bailouts except from the IMF, which only has $500 billion on hand. The Eurozone would need five or ten times that figure, and no one in their right mind is going to bother raising that – especially Germany which has had enough of bailing people out. Investors too are already choking on excess government debt. The Euro’s game is over. It’s only a matter of time.