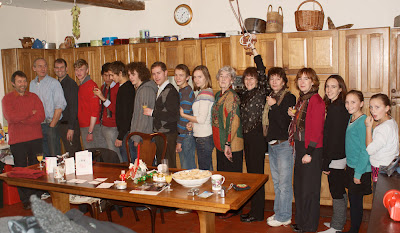 My Dad passed away today aged 90 years, after going into hospital yesterday.

I’ll blog again soon, but today my mind is with him.

Here’s the family he leaves behind him photographed at Christmas 2008 – wife Elizabeth, four children (me missing as I live in the Philippines) plus 2 other halves, plus nine of his eleven grand-children, plus two other halves.

Join Dad’s memorial service now and listen to my sister Alice’s eulogy given at the service. See pictures of some of the family and friends who were able to attend, the church and the house.