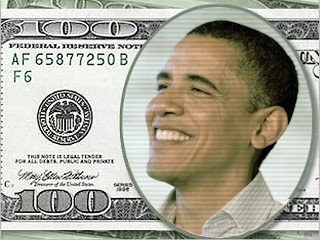 Relax, gold buyers and others trying to buy safety. Stock markets are about to hit their lows and offer you real bargains. Obama is not nuts. He undestands that Bush’s spending boom has to end. He has a natural air of authority, a good brain and a common sense approach to matters economic.

Underlining the severity of U.S. debt problems, President Barack Obama pledged on Monday to cut the ballooning budget deficit in half over the next four years.

The panic is not over, but things are going to be A.O.K. Take it easy. Hillary Clinton has confirmed with China that a weak dollar is in no one’s interests. China will broaden her investment strategy but still underwrite American government borrowing.

TOKYO (Reuters) – The dollar steadied on Tuesday, hovering near a three-month high against the yen on expectations the U.S. government will stay more proactive than other nations in fighting the financial crisis.

The U.S. Treasury Department, Federal Reserve and three other federal agencies jointly said on Monday that they will initiate a program on Wednesday to assess large U.S. banks’ capital needs and determine whether a bigger buffer is warranted.

The dollar also received a boost on Monday after the Wall Street Journal reported the government could take a stake of up to 40 percent in Citigroup by converting preferred stock into common shares.

And yet all financial advisers are telling people to beware of the dollar and buy gold, a highly volatile and risky investment. They themselves will not be buying gold. They are shorting it as the commitments of traders statistics show, and they are shorting stocks on markets. The last thing they want is the investing public stopping buying gold as they intend to make a killing from the coming fall, and they want to clean up on the falling shares as small savers panic and rush for the exit.

Today’s critic’s prize goes to the gold ETF, which now holds $30 billion in gold assets. Oscar-worthy, that milestone. Some critics (evidently former Rotten Tomatoes writers) charge that there is no gold behind the fund’s facade. And, boy, are they ever wrong. Then again, they missed “The Wrestler” too. The award for ‘best product comeback’ goes to the S.A. Krugerrand – which fell into an also-ran orphaned state following the Reagan-era embargo on imports. From has been, to have-to-have! It’s the Mickey Rourke comeback of the bullion coin market! The Rand Refinery has upped its blanking output to 20,000 weekly in the wake of (largely European) demand.

Fine words Jon, but do you offer any evidence or argument? Only ‘boy are they ever wrong’!!!!!

As Jon knows not even the ETF’s auditors are permitted to know if there is any gold in stock, to check its fineness, or even see it!!!! Such certainty is misplaced. But Jon’s keen to keep the gold panic pot boiling as long as he can. His business bonuses depend on it.

Today’s chart showing the gold game is up……

8 Responses to “The Dollar Is Safest Place For Your Money”