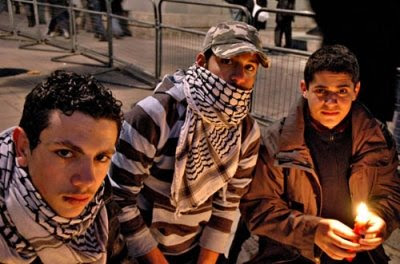 I met an American friend last night who was complaining that extraordinary measures being put into effect by President Barack Obama were not being given any news coverage. He told me that Obama had opened the doors to the whole population of Gaza offering them a home in the USA. That’s big news, I would have thought, so I asked him for a link. He sent me the below written by an outraged Lou Dobbs.

Obama has signed a presidential determination allowing hundreds of
thousands of Palestinians to resettle in the United States. Sure, what
can go wrong when we allow hundreds of thousands of people who have
been, as Mark Steyn memorably described, “marinated” in a “sick death
cult,” who voted for Hamas, and 55% of whom support suicide bombings
live here and at the American taxpayers’ expense:

By executive order, on January 27, 2009, (Federal Register on February
4) Obama has ordered the expenditure of $20.3 million in urgent
migration assistance to the Palestinian refugees and conflict victims
in Gaza to resettle in the United States.

Few on Capitol Hill took note that the order provides a free ticket
replete with housing and food allowances to individuals who have
displayed their overwhelming support of the Islamic Resistance
Movement (Hamas) in the parliamentary election of January 2006 at US
taxpayers’ expense.

Let’s review some of Obama’s most recent actions since he was
inaugurated a little more than two weeks ago:

• His first call to any head of state as president was to Mahmoud
Abbas, leader of Fatah party in the Palestinian territory.
• His first one on one interview with any news organization was with
Al Arabia television.
• He ordered Guantanamo Bay closed and all military trials of detainees halted.
• He ordered all overseas CIA interrogation centers closed.
• He withdrew all charges against the masterminds behind the USS Cole and 9/11.
• Today we learn that he is allowing hundreds of thousands of
Palestinian refugees to move to and live in the US at American
taxpayer expense.

So we can’t pay our own bills. Our economy is dying, hundreds of
thousands of people are losing their jobs, and now we will pay to move
terrorists and their supporters to live free in our country? What
about the thousands of our brave soldiers who gave their lives to
fight these terrorists?

Obama insulted the Medal of Honor Award winners at their Inauguration
Ball by being the first President in over 40 years to not show up and
now he inviting their very enemies to come live in our country at our
expense? Why not just send all of our weapons over there and allow
them to kill us now? It will be less painful!

Now you see why the founding fathers wanted to protect us from a
president with divided loyalties! Now do you see why congress and the
Supreme Court should have made Obama show proof of natural born
citizenship?

“The times are dark, the spirits of ruin are abroad in all their
power, and the mercy of God alone can save us.”

“Our reliance is the love of liberty which God has planted in our
bosoms. Our defense is the preservation of the spirit which prized
liberty as the heritage of all men, in all lands, everywhere. Destroy
this spirit and you have planted the seeds of despotism around your
own doors. Familiarize yourself with the chains of bondage and you are
preparing your own limbs to wear them.”

“Let us have faith that right makes might, and in that faith, let us,
to the end, dare to do our duty as we understand it.”

[Federal Register: February 4, 2009 (Volume 74, Number 22)]
[Presidential Documents][Page 6115]From the Federal Register Online
via GPO Access [wais.access.gpo.gov] [DOCID:fr04fe09-106]
Presidential Documents
[[Page 6115]]
Presidential Determination No. 2009-15 of January 27, 2009
Unexpected Urgent Refugee and Migration Needs Related To Gaza
Memorandum for the Secretary of State
By the authority vested in me by the Constitution and the laws of the
United States, including section 2(c)(1) of the Migration and Refugee
Assistance Act of 1962 (the “Act”), as amended (22 U.S.C. 2601), I
hereby determine, pursuant to section 2(c)(1) of the Act, that it is
important to the national interest to furnish assistance under the Act
in an amount not to exceed $20.3 million from the United States
Emergency Refugee and Migration Assistance Fund for the purpose of
meeting unexpected and urgent refugee and migration needs, including
by contributions to international, governmental, and nongovernmental
organizations and payment of administrative expenses of Bureau of
Population, Refugees, and Migration of the Department of State,
related to humanitarian needs of Palestinian refugees and conflict
victims in Gaza.
You are authorized and directed to publish this memorandum in the
Federal Register.
(Presidential Sig.)
THE WHITE HOUSE,
Washington, January 27, 2009 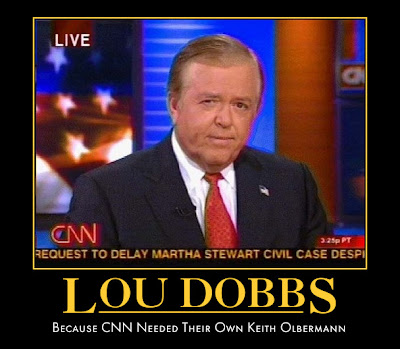 The story is denied HERE(thanks for link to comment below). And it is suggested that Lou Dobbs did not write the piece himself although it appeared on a forum on his site, and was not deleted or denied.

TEL AVIV, Israel – Contrary to some news media reports, President Obama did not authorize Palestinian “refugees” to migrate to the U.S. as part of emergency assistance following Israel’s 22-day war against Hamas in the Gaza Strip.

On Jan. 30, Obama signed an order issuing an emergency contribution of $20.3 million for “urgent relief efforts” in Gaza. He approved the aid, which was to come from the U.S. Emergency Refugee and Migration Assistance Fund, one day after the U.N. launched a flash appeal for $613 million to help Palestinians in the Hamas-controlled territory rebuild infrastructure following Israeli antiterrorism air raids.

Several media outlets wrongly reported Obama had approved the emergency migration of Gazans to the U.S.

Canada Free Press, for example, released an article titled, “Obama opening floodgates by inviting Hamas to ‘migrate’ to the U.S.A.?”

An e-mail containing an article titled, “Obama Decrees: Massive Immigration of Hamas Refugees from Gaza To U.S.” has been circulating with the byline of CNN’s Lou Dobbs. However, WND has learned Dobbs did not pen any such piece. The article was simply posted on the reporter’s website forum and later falsely attributed to him.

WND received a number of e-mail requests from readers asking the news organization to investigate the stories.

It seems that the story is substantially incorrect, but the fact that it was believed by so many Americans including my friend here in Manila shows how concerned many are at the steps Obama is taking, and they see this as being in character and entirely possible. It could be a double blind to give him a story he can deny which makes the other things he’s doing seem less extreme. Who knows?