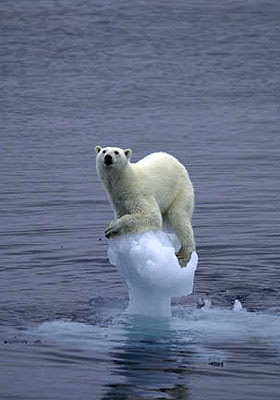 Tucked away inside THIS Financial Times article of February 17th 2009, quoted below, on the Euro’s troubles and sinking fortunes lies an extraordinary statistic. Banks within the eurozone have no less than a $1.5 trillion exposure to collapsing Central European economies. The problem is that the economies hold the majority of their debts in Euros, and as their currencies collapse at an alarming rate, the value of their debts balloon ever further out of reach.

On the FOREX markets today the Euro itself is coming under intense pressure as a result, as the costs of this financial burden are beginning to be weighed by traders. Today it fell by over 2% (1.285 to 1.257) in less than 24 hours. At the current rate of slump a fall to parity with the Dollar – or lower – is becoming more and more likely, and it could be about to happen quicker than people think. The Euro was at $1.43 in late December and the decline now appears to be accelerating.

The euro dropped to a two-month low against the dollar on Tuesday on heightened concerns over eurozone banks’ exposure to the worsening conditions in eastern Europe.

Eurozone banks have the largest exposure to central and eastern Europe, with liabilities of $1,500bn, about 90 per cent of total foreign bank exposure to the region.

Central and eastern European currencies have come under intense pressure in recent weeks as the credit crisis has raised fears over the region’s ability to finance its current account deficits and as slowing global growth has heightened concerns over the health of its export-dependent economies.

Indeed, on Tuesday, the Polish zloty slumped to a five-year low against the euro, the Czech koruna hit a three-year trough against the single currency and the Hungarian forint falling to a record low.

“The creditworthiness of local banks, companies and private households, who hold mainly foreign currency denominated debt, is deteriorating with each depreciation Eastern European currencies, thus further undermining confidence in the currencies,” she said.

Ms Praefcke said further depreciation of eastern European currencies was thus a distinct possibility, which was likely to undermine the euro.

“The collapse of these currencies is likely to constitute a risk for the euro,” she said. “So far markets have largely ignored this fact, but are unlikely to be able to maintain this approach if the weakness of the Eastern European currencies continues.”

There is no ‘if’ bout it. The story can only be one of accelerating decline and it will sink the Euro. If ever there was a one way bet on offer, this is it.

See a ten year Euro chart and see what I mean – HERE. Wave 3 down is just beginning.

PICTURE – Polar bear is the EU and the disappearing iceberg the Euro, its basis of existence. The polar bear can swim to a new ice home. The EU has no other destination.

Europe cannot raise money as easily as the USA. Demand for government bonds is drying up there – even in Germany, while the USA government is borrowing as much as it wants offering negative returns. See relevant article HERE.

The United States enjoys funding its ever-increasing debt in its own currency as the dollar, for better or worse, remains the world’s reserve currency. Because the euro and the pound sterling do not enjoy this status, the smaller economies under the European Union’s stability pact are having trouble attracting investors for government debt.

This comes as news to nobody in the euro zone, but what surprised many was that a German bond auction failed the first week of the new year. Such a failure is an ominous sign that current government yields won’t secure investor demand to fund the massive European stimulus that is yet to come.

The United States has an integrated (but by no means efficient) monetary and banking authority under the auspices of the Federal Reserve and the Treasury. Europe does not. The European Central Bank does not have the authority to set rates or sell debt on behalf of any sovereign nation. What is good for Germany, say, with its export-based economy, does not necessarily benefit Spain, which depends on foreign investment and suffers a substantially higher debt-to-GDP ratio.

The Federal Reserve appears to be fully committed to expanding its balance sheet at the expense of credit quality. The Treasury seems ready to aggressively fund the borrowing needs of the United States with weekly issuances of T-Bills and T-Notes. With nearly $9 trillion already pledged in stimulus, bailouts and rescues, the U.S. has mortgaged 50% of its annual GDP in an attempt to stabilize the financial markets.

Europe, in turn, looks to its erstwhile economic leaders – France, Germany and the UK – but sees little unity there. Germany is pledging a stimulus of 2% of GDP, but France is balking, and the UK will face difficulty in raising more cash than it already has. They will not be the only ones.