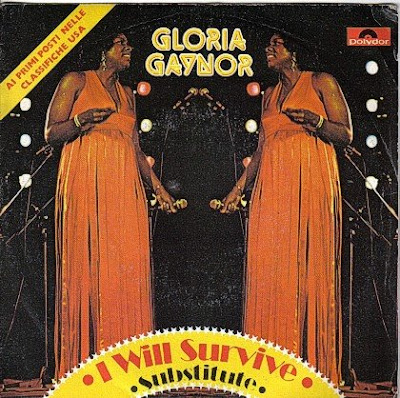 It is always good for people who hold strong views about things (like me on the Euro, for example) to read the other side of the argument. I was interested therefore when a good American friend forwarded me this expert opinion on the likelihood of the Euro surviving the world’s current economic difficulties. Written by Niels Jensen of Frontline Thoughts, it makes some good points. I cannot copy and send it all to you to read, as it contains economic information relevant only to investors. But it is also interesting from the political viewpoint.

The economic arguments Niels makes for the continuation of the Euro are strong. But he doesn’t stray into the bottom line of the Euro’s continued existence. That is – Is there the political will to keep battling away for the countries that need to endure wage reduction and other economic hardship for maybe ten long years? Life is in the end the art of the possible. The Euro only needs to crack in one of the 11 eurozone countries and the process of its destruction could become a domino effect.

Can The Euro Survive?

On the other hand, I may disappoint one or two readers (I will certainly disappoint Ambrose Evans-Pritchard of the Daily Telegraph who appears to have declared war on the euro), but I firmly believe that the euro will almost certainly survive the current crisis. I am much more worried about some of the member countries.

There is nothing in the Maastricht treaty which prevents a member country from leaving the euro, yet the decision to join is effectively irreversible. There are a number of reasons for this, the most important being economic costs. Take Italy which has a history of compensating for lost competitiveness through regular devaluations. If Berlusconi did the unthinkable tomorrow (sorry – nothing is unthinkable in Berlusconi’s world), Italy’s borrowing costs would explode. My guess is that bond investors would demand double digit returns on a Lira denominated bond to compensate for the dramatically increased devaluation risk. Already in a precarious fiscal position, Italy could quite simply not afford that.

So, if any country were to leave the euro, it would more likely be from a position of strength, and only one country possesses enough strength to pull that off in the current environment. That country is Germany. And, although the euro is not particularly popular in Germany, I believe it is extremely unlikely for Germany to make such a move unilaterally. There are several reasons for that – Germany’s history in Europe being the most important.

At the same time, the fact that the euro has saved the bacon of more than one country in recent months – Ireland being the most obvious example – should not be ignored.

Tellan Irishman his bacon has just been saved. He might not quite agree with his slumping property market and attendant banking crisis. Exiting the Euro and devaluing the currency a touch would be the perfect medicine.

For this very reason, the euro membership is actually far more likely to grow than to shrink as a result of the financial and economic crisis engulfing the world. The issue the EU has to deal with is whether the new applicants should actually be welcomed. Most of those who would want to join will bring plenty of baggage.

To add to the weight of the baggage already on board the vessel.

Another possible outcome, which you hear almost no mention of, is the possibility of a new Transatlantic currency. When I mention this possibility, everyone laughs, but think about it for a second. The economic crisis on both sides of the Atlantic is enormous. Both are resorting to the same formulas – large fiscal stimulus and quantitative easing (a word invented by central bankers because ‘printing money’ smacks too much of Zimbabwe). There is a real risk that the entire financial and monetary system on either side of the pond needs to be re-designed. If that were to happen, I am pretty confident that the Fed and the ECB would at least sit down and discuss the possibility of a joint currency. That would also allow the UK to join a currency union without too much egg on its battered face.

What would that be called? The Duro? Sterling would love to join such a monumental disaster in the making after about two hundred years to bed in the new currency. The trouble is with lumping all currencies together is that the risk factors are hugely increased. All eggs are placed in one huge basket. What happens when the basket falls?

In the short to medium term, though, there is no such bailout on the horizon. In recent years, the weaker members of the euro, such as Italy, have managed to ‘muddle through’ (to borrow one of John Mauldin’s favourite terms), mostly because the global economy has been strong enough to gloss over any weaknesses. D-day is now firmly on the horizon. As I see things, it is not inconceivable that a member country could be forced to default on its sovereign debt. Interestingly, any euro member country defaulting on its debt could (and probably would) carry on as a full member of the currency union. And I will bet almost anything that the EU would rather have one of its members defaulting on its debt than having to break up the currency union.

It’s almost comical – full Euro members trailing debts of 5XGDP behind them, with inteest rates at 10% above the German level. I’m not sure I follow this concept!

Another, and more likely, outcome is the possibility of one or more member countries coming under EU administration. This would almost certainly include the most painful of all cures – mandatory wage reductions in order to get unit labour costs back in line. It would be a lot easier for the government of, say, Greece to get the EU to do the dirty job than to do it itself. Civil unrest will no longer be the privilege of countries such as Indonesia or Thailand. The recent crowd trouble in Greece could very well turn out to be the dry run for much bigger and more organised labour market unrest across Europe as reality begins to bite.

For the time being, though, European governments continue to be in denial. When the IMF recently recommended that Spain implement various structural reforms, the idea was flatly rejected by Prime Minister Zapatero. In the meantime, you can sit back and prepare for the drama to unfold. Very simplistically, it is a choice between Zimbabwe and Japan. Our central bankers can choose to monetize their way out of the current slump and run the risk of much higher interest rates and a rapidly deteriorating currency like Zimbabwe or they can show fiscal discipline and accept perhaps ten years of below par growth a la Japan. Or they can find the delicate balance in between the two and everyone will live happily thereafter. But that requires both skill and luck.

So even an educated supporter of the case for the Euro having a future realises that it will all be down to skill and luck. Maybe he should add one more simple element to his list of requirements for survival – the will to survive. Will there be sufficient political leadership to hold the eurozone together? The EU is becoming ever more unpopular as is the Euro. Over time the pressure to break up could become overwhelming, despite all the best intellectual arguments in the world. 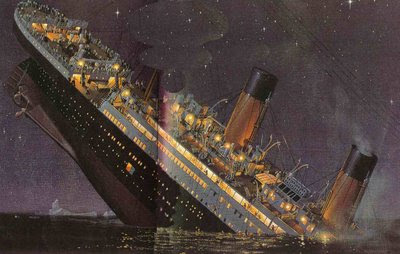 Do people want to live in one enormous political entity controlling most of the world’s economy and political structures, ending the democratic period of history? I am not sure they do, Niels. In fact the evidence is that people feel most uncomfortable being ruled by powerful uninformed central authority. The flames from Athens are the first sign of rebellion against the imposition of government from outside Greece, and the Irish rejection of Lisbon is another. Will it be the Euro that has the will to survive, or will it be democracy? That is the real question. Will it be The Titanic or the iceberg?

COUNTERINTUITIVELY – it may be Germany that sinks the Euro ship. From today’s Open Europe –

The complaint has been lodged by MP Peter Gauweiler, who argues that the proposed Treaty calls into question the principle of democracy, a cornerstone of Germany’s constitution, as it undermines the Bundestag – the country’s parliament. EUobserver notes that the court’s judgement is expected to be made in two to three months. But even if the court comes out in favour of the Lisbon Treaty, the process may not be over. Last month, a separate group handed in another complaint against the Treaty, listing political and economic faults.