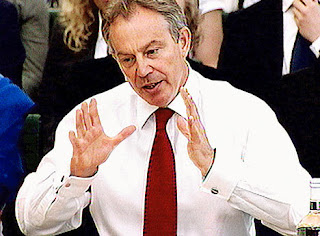 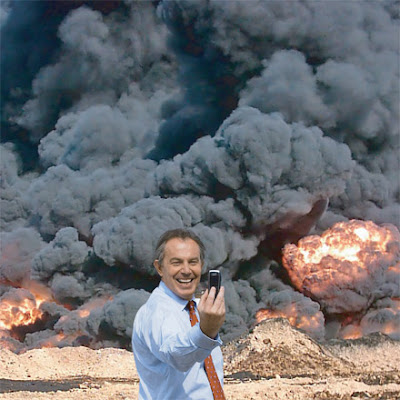 Email Received this morning from Neil Jones. Read it.

My name is Neil Jones, I hope you do not mind, I have posted a link to your blog on my facebook page. I was the last person to comment on your blog regarding the governments cover up of Jill Dando’s murder which I signed ‘NJ’. See original commentHERE.

The reason for which I am getting in touch, is because my attempts to expose the truth about the governments covering up of Jill Dando’s murder, has resulted in my falling foul of the law in a most spectacular way.

A lot of my comments about this subject, made prior to my arrest under section 41 of the Terrorism Act 2000 are starting to simply vanish from the internet. I was wondering if there is any way of confirming when I wrote these comments on your blog? I was arrested less than two weeks after trying to email the BBC on the subject, after they were refusing to respond to two previous telephone attempts.

The contents of the email I have included below.

Contents of email sent to BBC less than two weeks before my arrest:

I have now tried on two occasions to contact Mr Mark Byford, (on the recommendation of a former BBC Director as someone whom I could possibly trust).

At the time of my first call I did not realise that Mr Byford was the deputy director general, I thought I was being put through to a journalist.

The second attempt to contact Mr Byford got me through to an answering machine!

My reason for contacting you:

As a CPO (Bodyguard) I was entrusted with information, from a long served client whom I have personally provided close protection services since 1994 a man whom has quite literally entrusted his life and that of his family to my care through some very dangerous times.

To this end I have confidential information about a fatal incident which took place some years ago involving a member of the BBC, information which I do not want my name or my clients name attached to.

I do not want payment, I do not want fame (in the interest of self preservation I wish to remain anonymous, hence my not approaching the authorities, for reasons which will become worryingly apparent if anyone in the BBC actually bothers to query what I have to say!) I just want justice for a fellow British Citizen. 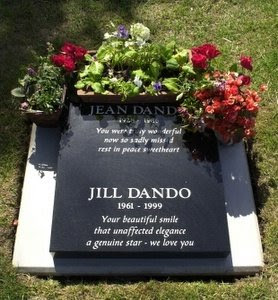 As a result of my attempt to contact the media, I suspect I have already put myself and probably my immediate family at risk, Although I may not merit the stature of being a director for such a large “institution” such as the BBC, I nevertheless find it rather rude that I am putting myself in harms way, by trying to help you get justice, or at the very least peace of mind, knowing what actually happened to one of your colleagues, and you in return seem the least bit interested.

Could someone please get in touch?

PLEASE DO NOT PUBLISH MY COMMENTS! (I assume you mean the BBC, Neil, and not The Tap!)

These links were provided by Neil Jones to explain his story, his arrest, the harrassment of his family and the feeding of innuendo against him to the media. 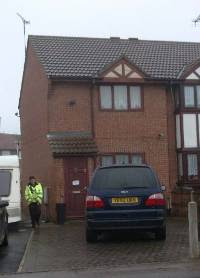 PICTURE – Neil’s South Yorkshire home where he was arrested in the early hours of Sunday morning on November 2nd 2008 by the Leeds Anti-Terrorist Police, three weeks after his comments appeared on The Tap HERE.

He adds – I look forward to the high court case later this week which gave rise to this headline in the Daily Express Labour gagged BBC over Dando probe by MI5.

EXTRACT – SENSATIONAL allegations that a minister persuaded the BBC not to report information that a Serbian hit team killed television personality Jill Dando will be aired in the High Court this week.
Barrister Ed Fitzgerald, QC, is set to make explosive revelations that cast a new light on the death of the popular Holiday and Crimewatch presenter.

His claims will put pressure on the Government and on the BBC to release all the information in its possession about a Serbian plot to kill Miss Dando.

And I hope the truth will out, as Barry George was not the only person unlawfully incarcerated in this matter. As I speak two pilots who were unnecessarily arrested while employed by MI6 several years ago, are still in custody today in our governments “taking no chances” attempt to suppress the truth. Any assistance you can give with confirmation of the date I commented on your blog, would prove helpful in my court case.

Any comments left here will be read by Neil, I think you could safely assume.

We need to establish the dates on which he commented on my blog post which was published on Saturday August 2nd 2008 Did Blair Order Jill Dando Cover-Up?.

If you want to email him, send via my email address to be found in my profile.

Fellow Bloggers, please propagate this story far and wide. They are trying to delete the Blair Dando Cover-Up from the internet. They should not be allowed to succeed. Copy and paste as much as you can to your blogs and make links here. That is, if you believe that the truth should come out.

NJ – after checking, your comment was left on October 18th 2008 according to ‘comments atom’ on blogger.com.

I hope that answers your query. Keep posting your story far and wide. There’s no point in imprisoning you or anyone else once the story’s out. It’s your best defence to keep talking. Good luck! 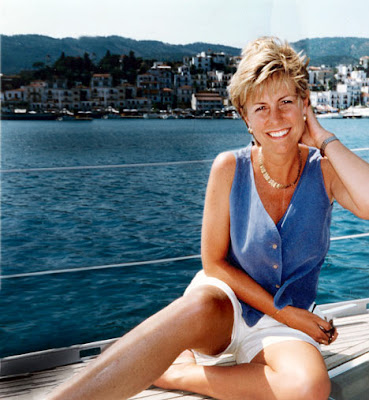 PICTURE – The late Jill Dando of the BBC. Would she have approved of the framing of Barry George and the arrest and imprisonment of several people to hide the real cause of her death?

Keep us informed as to what happens Neil. Thanks for getting in touch. I wonder who the minister was, persuading the BBC to drop their investigation into the Serbian assassination story. Was it Mandelson? Only a guess.

UPDATE 23rd February 2009 – Heilan Laddie emailed me this link – Police Study New Lead In Dando Murder Hunt. It seems as if the true story might come out if all media are starting to carry it, just in time to take the pressure off Neil in his court case. Of course no one will mention Blair as having any involvement in the cover-up, or Mandelson.

They’ve obviously decided, though, that it would be better to get this skeleton out of the cupboard and render it neutral before Blair makes any serious attempt at the Presidency Of Europe. Barry George has served his time and his purpose in covering up Blair’s embarrassment at having caused Dando’s murder. Letting Barry out of jail, and finally telling the truth (or at least part of it) would stop this story from exploding under Blair later on when he’s visible to the media once again. While he’s in media hiding, all these kinds of ‘innoculations’ can be carried out on his behalf. 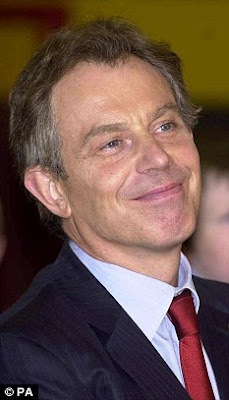