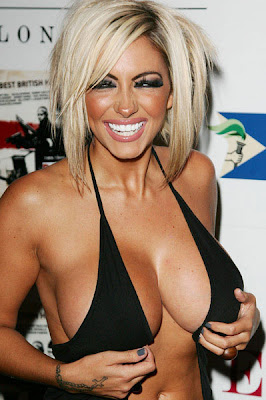 It isn’t often that you read outright distortion in news reports, except of course when the BBC is reporting anything to do with the EU. This time it is Bloomberg who are at it, for some reason trying to join in the gold ETF con trick being perpetrated on unsuspecting investors at this time, where many billions in easy money is going to be snatched up by large banks, operating against their own investors’ interests, with the approval of the US government.

Read the extract below from THIS article from Bloomberg today. I offer an alternative version or interpretation. I find it quite shocking that supposedly reputable news organisations like Bloomberg can be offering a report which is so misleading.

The details of Comex futures trading is only available to people who pay to receive it, so I guess they think all traders paying to know the truth, don’t mind when the public is being conned. So they can all steal more from the unsuspecting public, and all can be relied on to keep quiet. Once the commercial operators start shorting large numbers of contracts, however, it’s a clear signal that the price is going to fall, and that is a story Bloomberg is clearly not willing to write, preferring only to talk about the speculators.

‘LIE’ NUMBER TWO.
Speculative long positions, or bets prices will rise, outnumbered short positions by 141,114 contracts on the Comex division of the New York Mercantile Exchange, the Washington- based commission said in its Commitments of Traders report.

Well yes, but the speculators or Hedge Funds are mostly persuading their clients to buy long. This enables the big operators and the Hedge Funds themselves to take the other side of the future contracts, and sell forward a huge quantity of gold at a lovely high price, in preparation for the coming fall, when they will make a killing at their clients’ expense.

Holdings in the SPDR Gold Trust, the largest exchange-traded fund backed by bullion, exceed the gold reserves of all but five central banks and the International Monetary Fund. Investment in the fund is at a record 843.6 metric tons.

Mmmm. No one knows where this vast horde is gold is being kept. It is in fact more likely that what they call ‘an exchange traded fund backed by bullion’ ( a rather vague term I think you will agree) is actually merely made up of long positions in the futures market, whereby rich folk are conned into giving up their savings up to an almighty gold price scam, where the shorts will make a killing, and the longs will shortly be wiped out.

Bloomberg should be given a severe drubbing for allowing such a shoddy report to be made. As all media are pumping the public to buy gold as hard as they can at this point of time, one suspects that the motivation of jounalists to mislead might be based on more than just misjudgement. After all there are billions of dollars to be made or lost, and a columnist can keep the buyers hot for just a few more days, before their faces are ripped off.

Jodie might think her face is her fortune. She is certainly hot. My advice to gold buyers is to blank all the seductive talk and to cool it. Not everything you see is real these days, eh Jodie? When all the media are at you trying to keep you buying gold, the alarm bells should be ringing. Come back and buy gold when the media circus has moved on in a year from now after the coming gold crash has completed. You won’t feel part of the razzmatazz but you’ll end up making money. It won’t seem so exciting buying away from the herd, but don’t be down-hearted. Once you’re rich, Jodie will date you.

FURTHERMORE – One gold ETF claims it is finding easier to store its tonnages of gold with Brinks a precious metal delivery service in the UK, than the refinery in SOuth Africa which it was claiming to be its location for storage previously. Anyone in the UK over a certain age would remember the GBP 40 million Brinks Mat Gold Robbery at Heathrow Airport. It’s hardly the most reassuring suggestion to drop off your investor’s precious possessions with the equivalent of UPS.

Of course the story of where all the tonnes are being kept is getting harder to substantiate as the numbers of tonnes alleged to be held balloons ever higher. Desperate moves such as the below are required to persuade investors to keep buying and believing.

Gold EFTs are generally described as ‘gold backed’ and don’t actually claim to hold physical gold. It is still far more likely that the Long positions are being held substatially as futures contracts, with others holding the shorts.

JOHANNESBURG (miningweekly.com) South Africa has lost its gold exchange-traded funds (ETFs) base to the UK.

Absa Capital, the investment banking division of the Barclays-controlled Absa Bank, said on Tuesday that that the issuer of the NewGold ETF, NewGold Issuer Limited, had appointed Brink’s Limited of the UK as the safe-custody custodian of NewGold’s gold bullion holdings, taking over from the Rand Refinery of Germiston.

Absa Capital cited the reason for the change as “the limitation in the safe custody capacity of the previous custodian”, in light of significant increase in NewGold’s holdings of gold and the predicted continued growth of such holdings. No direct reference was made to Rand Refinery, the custodian from the outset.

The bank said that NewGold was South Africa’s largest ETF with R8,7-billion under management.

NewGold’s gold bullion had, it added, been transported to the “safe vault premises of Brink’s in England”, where they had assumed physical control of the gold bullion with effect from February 16, 2009.

Brink’s, the bank said, was a global leader in business and security services serving banks, retailers, governments, mines, refiners, metal traders, diamantaires and jewellers through more than 800 facilities in 50 countries on six continents.

Thanks, Barclays for making it quite clear that all the gold cannot be very great in quantity as Brinks would not be capable to protect the tonnages you claim to possess, any more than a refinery. Refineries and gold shippers don’t hold vast vaults full but keep only what they are being asked to refine or to ship.

With that in mind, let us welcome the breach of the $980 high we projected on 12/31/08, add to it the $100 we tacked on for good measure – in the event the sun fails to rise between now and March 31 – and await further developments. Such as the rise in volatility to beyond the 40% mark, or the open interest figures at 360,000 (while deliveries were fewer than 3000 contracts on the month) contracts.

So in a month when ETFs claim huge rises in their physical tonnages, only 3000 contracts on the futures market were actually delivered while there are 360,000 contracts of open interest. Something doesn’t quite add up.