Only three years ago a taxi ride in Dublin would be met with some comment from the driver such as this – ‘You Brits made a big mistake not going with the Euro, didn’t you?’ The Irish were universally exultant at the effects of the unstoppable property boom that joining the Euro had brough them. Even then two generation 40 year mortgages were being enthusiatically taken out, and all believed that wealth beyond anyone’s dreams could be had merely by being a solid EU and eurozone member. The signs of boomtime and excessive debts being taken on didn’t seem to be bothering anyone.

What a difference three years can make. The people who bought property are now licking their wounds, and the economy is slumping in a sea of debt of unimaginable proportions. The Irish not unreasonably are turning to their EU partners and saying that since they got them into this mess, they in turn have to get them out of it.

But in truth the EU cannot. While interest rates can be set by the ECB, these are no longer necessarily the ones being used by lenders and borrowers in the different EU countries. The risk of the Euro splitting apart is growing by the day, and banks are pricing accordingly, with lending priced up to 150 points differently for the higher risk countries, with the price differential remorselessly growing. The EU has no central fiscal existence to send large sums of money to bail-out banks in individual countries. Maybe Ireland realises at last that in the EU brotherhood of nations, when the shit hits the fan, you’re actually on your own.

At least one Irish writer can see that life outside the Euro would be far easier. See Telegraph article – Help Ireland Or It Will Quit the Euro

EXTRACT – David McWilliams, a former official at the Irish central bank, has said that Ireland could withdraw from the euro if they are not given more help.

It is essential that we go to Europe and say we have a serious problem. We say, either we default or we pull out of Europe,” he told RTE radio.

“If Ireland continues hurtling down this road, which is close to default, the whole of Europe will be badly affected. The credibility of the euro will be badly affected. Then Spain might default, Italy and Greece,” he said.
Mr McWilliams, a former UBS director and now prominent broadcaster, has broken the ultimate taboo by evoking threats to precipitate an EMU crisis, which would risk a chain reaction across the eurozone’s southern belt, where yield spreads on state bonds are already flashing warning signals. The comments reflect growing bitterness in Dublin over the way the country has been treated after voting against the EU’s Lisbon Treaty..

PICTURE – Dublin fair city where maids are so pretty, and where whoever he was first clapped his eyes on sweet Mary Mallone, and where taxi drivers tell a very different story to the one they were spouting about the Euro only three short years ago.

BELOW – David McWilliams the Irish economist talking of Ireland quitting the eurozone during an outside broadcast. 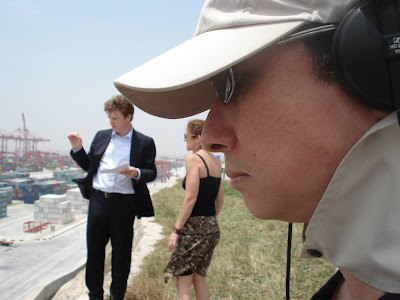 FOR EASY MONEY – Take a bet against the Euro. This chart shows how vulnerable the currency is. Take it at 1.30 and see it fall to parity with the dollar scooping 20% within months. WARNING – take advice from others and not just me, but anyway I am short a load of Euros you will not be surprised to hear. 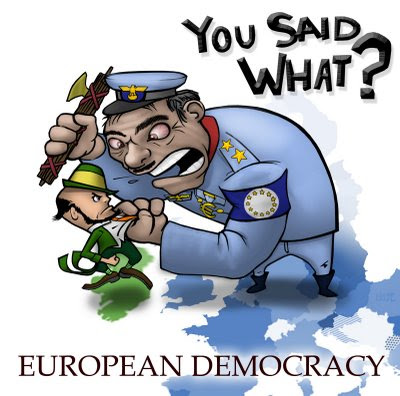 Caption – Ireland’s love affair with the EU and the Euro hits the rocks.

One Response to “Ireland Becoming The Euro-Crash Detonator”