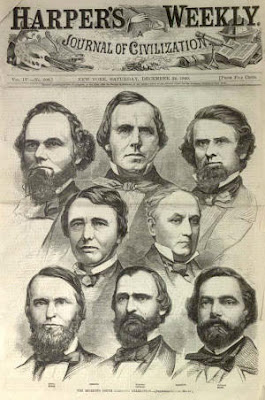 Follow this link written for Conservative Homeand see how historian Rupert Matthews sees exact parallels between the descent into the American Civil War, and the situation coming into being in Europe today. The problem then and now is the lack of clarity about the rights of States to secede from the Union, creating an inevitable future confrontation. The arguments about whether States can secede from the EU or not are very similar to the ones that were being made over South Carolina in 1860.

Following the logic of the historical parallel being drawn, one is forced to the conclusion that when a country decides that it wishes to get out of the EU, the rest of the continent will use its military, secret service and State police infrastructure to suppress the political movement to leave, and do whatever it takes to block the exit route.

One might argue that such powers have already been used, as with the strange murder of Pym Fortuyn in Holland. He was about to win the election in 2002, and bring in a policy of withdrawal from the EU for Holland, but he was shot dead outside a TV studio two weeks before the election. At first the Police said he was shot by an ‘animals rights activist’ – who are not known for carrying out political assassinations anywhere else in the world, it has to be said. The story was later changed to an ‘immigration supporter’.

Britain also has incidents where politicians have been assassinated by unknown agents. Airey Neave MP died when a bomb was planted in his car detonated by a tilt switchin 1979. The INLA agents (Irish nationalists) who undoubtedly carried out the assassination have always said that they were fed the information of how to target Neave from the ‘inside’ i.e. by the British or possibly American Secret Service (CIA). Neave was a war hero, and Mrs Thatcher’s closest adviser. He was also a known eurosceptic who amongst other things wished to stop her signing Britain into the coming European Union. He was murdered the day after Thatcher won the vote of confidence against James Callaghan, making her Prime Ministership inevitable.

Enoch Powell believed that Neave, Mountbatten and Robert Bradford were all murdered by the CIA at a time when America saw the EU as crucial for Europe’s future, and these three strong British nationalists had to be eliminated. This extract from a google search – 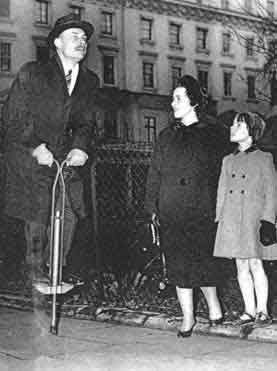 Powell controversially claimed in 1986 that Neave had not been murdered by the INLA ‘but by ‘high contracting parties’ made up of MI6 and their friends’. He was referring back in part to earlier comments made in 1984 when he had said that that the CIA had been responsible for the assassination of Mountbatten, and that the two murdered MPs, Airey Neave and Robert Bradford, had both been victims of an American conspiracy. Details in ‘Like The Roman’, Simon Heffer’s biography of Enoch Powell.

Coming back to today’s situation, with British Navy ships operating against Somali pirates under EU command, and the European micro-Army being quietly expanded to command half of Britain’s land army as agreed at the Nice Treaty by Blair (unknown still to most British citizens), those who wish for a political movement to pull Britain out of the EU, were they to win political power, would find that now even their own armed forces were ranged against them. The Police have also been brought under EU control, and the Terror laws used to arrest Damian Green MP recently would be used to suppress any secessionsist poitical movement. As for Secret Service Operations, these too could be given the go-ahead to eliminate opponents of the EU if they were to threaten its existence and integrity. In the Nice Treaty Britain agreed that the phrase ‘Defence Of The Realm’ applied to the EU, and no longer to Britain alone.

The inevitable consequence would be not an open ‘clean’ war of secession between British and European armies but a dirty war with assassinations of key collaborationists, and brutal suppression of those involved in the fight to bring freedom back to Britain. It would be a close run battle, and one with uncertain outcome. But as hostorian Rupert Matthews demonstrates, the chance for a peaceful withdrawal by Britain from the EU is well gone.

PICTURED ABOVE – The South Carolina Congressmen who triggered the American Civil War by declaring a formal secession from the United States in 1860. President Abraham Lincoln decided to fight and force them and the rest of the seceding states back into the Union. Matthews shows that the phrase ‘more perfect union’ was the legal justification used for the war. As the States had signed up to that phrase in the American Constitution, they were not allowed to act against it later.

One Response to “Historian – ‘War Between Britain And EU Inevitable’”