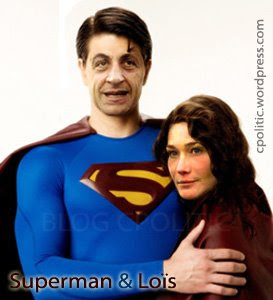 Tucked in alongside the Economist Magazine’s ‘Europe section leader ‘Supersarko leaves the podium’ , lies an innocuous sounding piece titled ‘Baltic Brink’. The focus is all on Latvia and its problems defending the Lat’s link with the Euro as its economy dives from 10% growth in ’07 to, so far, -5% per annum in ’08. An IMF bail-out currently taking place is ‘likely to amount to over $7 billion’ explains the article.

It might be simpler, you might reasonably think to devalue the Lat. But here’s the problem. 85% of loans to Latvian households are denominated in euros and other foreign currencies.

The other factor forcing a defence of the Lat is the exposure of banks from Sweden and Finland, whose creditworthiness would take a hit if their exposure to Latvia was perceived as sliding into trouble. Sweden has had to issue a $190 billion bank rescue package as it is.

But the real threat is to the rest of the economies of Central Europe, where maintaining exchange rate links to the Euro will be essential to avoid an almighty banking crisis. If Latvia fails to hold the line, then so too would Estonia and Lithuania fail to hold their links, and no doubt the recently patched up Hungary would be tilted into credit default along with many others in the region. The problem is the huge current account deficits of most East European countries, and the exposure of EU banks encouraged by the EU to lend to these countries. The idea was to build the notorious ‘soft’ power programme, hold down Central Europe and keep Russian influence at bay.

The whole Central European edifice is clearly close to collapse, and the knock-on effects across the eurozone will be highly significant, once the visible ad growing cracks turn into an uncontrollable split. The value of the euro will be strongly affected And that is before anyone mentions the words South America where European banks are also liable for 80% of banking exposure to impecunious governments.

It’s funny how the most important article in the Economist this week is tucked away on page 78, and written as if the problem was all contained within one tiny Baltic country. It isn’t and as the story of Europe’s trillion dollar banking exposure to emerging market governments breaks, the world’s financial system will take another spin as big as that caused by the collapse of Lehman Brothers.

Euro interest rates will hit the deck. The dollar will regain its top slot overnight, and there won’t be a thing that Supersarko will be able to do about it.

The financial problems in Britain will also rise to the top of the agenda at some point. Brown is borrowing GBP 147 billion this financial year (see three posts previous below), partly to fund his loss-making bank bail-out, but also because tax revenues are tumbling. He hopes to reduce his borrowing in the next financial year, but his plans are all based on an economic recovery in the second half of 2009. Brown’s real problems will be all too visible by about July 2009 if as expected, the recession proves to be a long one.

At last the MSM seems to be gradually awakening to the precariousness of Britain’s financial position. See BANKRUPT BRITAIN. The situation is so bad that in truth it could not have been created by accident, but only as part of a political programme to destroy Sterling as a currency.

The banking crisis of America and Europe could soon turn into the sovereign debt crisis of Europe. The problem will be that the IMF does not have enough money to help them all…at least not without cashing in its gold. The gold price could see $300 as the Union Bank of Switzerland predicted this week.

Taking a more sympathetic line with The Economist, this was the Special Christmas Double Issue, badged ‘Why We Love Music’ on its front cover. In amongst all the doom and gloom, a little escapism is certainly in order. Next week a feature on the talent of Julie Andrews would be easier to bear than any more talk of the collapse of EU soft power in the Visigrad.