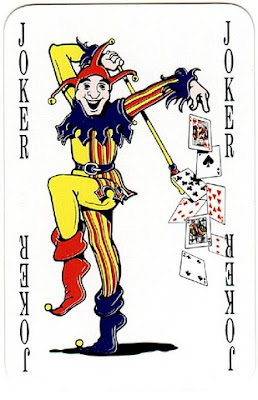 When will reality hit home with world markets? Days come and go and prices drift one way or t’other in their usual wavy patterns. But when will folk wake up and see that one of the currencies they are trading merrily, is not a currency at all but a joker in the pack. The Euro has pretty pictures on all its notes, but crucially widening interest rates depending on which country issues them. The notes are marked with a letter which denotes whose they are. This is not a single currency but a facade, and a facade that is going to be smashed to pieces by the global downturn.

Feldstein: “it is possible that one or more countries might actually withdraw from the Eurozone”
In an article on Vox.eu, Harvard Professor and former President of the US National Bureau of Economic Research, Martin Feldstein, states that, “the economic advantages of a single currency in promoting trade and competition would be outweighed by a higher rate of unemployment and by the risk of higher long-term inflation.” He goes on to say that, “the primary motivation for the creation of the euro was political, not economic and… the creation of the euro could lead to increased conflict within Europe and with the US.”

He adds that “Germany is still resisting any substantial fiscal deficits and the ECB has a much higher interest rate than the Federal Reserve or the Bank of Japan. Spain with a 13% unemployment rate and a trade deficit of 10% of GDP must want a more expansive monetary and fiscal policy than Germany. Smaller countries may now feel that they have lost control over their economic future”. He concludes that “in these circumstances, it is possible that one or more countries might actually withdraw from the Eurozone”.

In his FT column, Gideon Rachman describes how countries such as “Italy, Greece, Spain, Portugal and possibly Ireland would find managing their public finances ever harder…Unable to devalue their currency, weaker economies can only restore competitiveness by cutting jobs and real wages. He concludes by considering that, this “is obviously a recipe for social unrest, which leads on to the political crisis…If euro membership forces southern European countries to make deep cuts in their budgets in the midst of a recession”.

If it’s so flipping obvious to all these folk that the Euro’s living on borrowed time, how come traders still trade it as if it was a real currency? The risks of collapse are getting higher by the day. The risk of defaults are likewise getting higher. When will reality bite?

The answer is when people are ready to see the truth. The Euro is only a series of national currencies all pegged to the Deutchmark, each operating a separate interest rate, each with a separate risk of default, and each with separately identified bank notes. Until that moment arrives, people will carry on preferring to believe in the Euro facade. The Euro is an aspirational currency – with a convincing-sounding CV and ambitions to be more than it is. But that is all. The current downturn will brutally expose the credibility gap, and billions on billions will be lost by those holding the currency.

That’s the joke, you see.