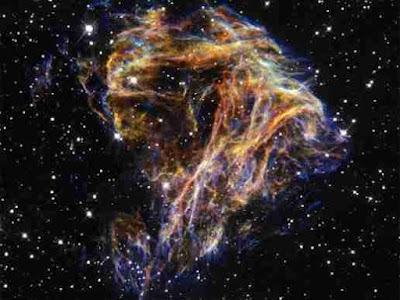 This report from Open Europe gives anyone wondering why the Euro is falling fast against the US dollar the reason. The eurozone is heating up like a pressure cooker with the valve removed. All anyone can do is sit and wait until the steam pressure exceeds the strength of the steel pot and an almighty explosion occurs. Not only are a series of eurozone economies heading for sovereign debt default including Ireland, Greece and Portugal. European banks have leant vast sums to defaulting third world countries, especially in South America and Central Europe. The combination of the two financial black holes growing larger by the day will be an economic explosion never before seen on planet earth.

The Euro-sun will overnight become a supernova firing financial brimstone outwards around the globe as the Euro’s energy source finally gives out. In this Open Europe report you don’t even need to read between the lines about the impossibility of the Euro surviving. It’s in the text.

Portugal has become the fourth eurozone country in as many days to receive a warning from Standard and Poor’s that it faces a possible downgrading of its rating status because of its public finances, reports the FT. A leader in the FT warns that eurozone economies face specific problems in being unable to depreciate their currencies to help ease adjustments. The article also notes that credit risk spreads have suddenly widened in response to these warnings.

The FT Lex column argues that, because of the eurozone pressures, “The Irish referendum this autumn on the European Constitution [Lisbon Treaty] may well be an explosive vote.”

Discussing the possibility that Ireland could become the “Iceland inside the Euro”, David McWilliams, writing in the Irish Independent, argues that Ireland could end up defaulting on its sovereign debt. He also questions whether the EU would bail Ireland out, rather than allowing a sovereign default that could destabilise the single currency.

Eurozone President and Luxembourg Prime Minister Jean-Claude Juncker was quoted on EUobserver warning that, “The real test for the cohesion of the eurozone is still facing us…2009 is going to be an extremely difficult year.”

PICTURE – A Supernova – the remains of an exploding star which has run out of fuel. The Euro will soon resemble one with the only thing visible a trail of dust.

ADVICE TO ANYONE CONTEMPLATING BUYING EUROS – DON’T!!!! See Euro chart from the beginning HERE. The only way is down.

THE CURRENCY THAT FELL TO EARTH

Quote of the month

“Enough idle crystal ball-gazing: here’s one prediction that’s being backed by millions of pounds. Hedge funds are betting on a disintegration of the eurozone, and specifically that Greece, Italy, Spain and Portugal will pull out of the Single Currency”.
Louise Armitstead in the Sunday Telegraph, Jan 4th.

It’s hugely dangerous to pontificate about exchange rates, because your words can be overtaken by events almost before the ink is dry. But as I write (Jan 7th) I see that the euro is worth 90.5 pence. That’s down from a peak of around 98p (if I remember). Of course we could be back to parity in no time, but if I were a betting man (I’m not), I think I should bet that we’d be back to around 70p by the mid year.

What’s happening? My analysis is: it soon became obvious to the markets that the UK, facing the global recession, was badly placed and in a deep hole. It was less obvious that the euro-zone was in bad shape. Now it’s becoming clear that Germany and other eurozone countries are also facing a sharp down-turn, and that rifts are opening up in the single currency, so the euro is slipping against other currencies.

It is reassuring that most major newspapers are warning, rightly, against any talk of Britain joining the euro. The risk of pound/euro parity was never an economic argument for joining the euro, but it seemed to exercise a fascination for simple minds. That risk is now receding.

Euro falls as rumours increase on IMF stepping in to help Ireland and Greece
The Irish Independent reports that Irish PM Brian Cowen has raised the possibility of a bail-out by the International Monetary Fund, causing the euro to fall at the prospect of a eurozone country having to call in the IMF.

Greece’s borrowings were downgraded to the same level as Malaysia’s debts by credit rating agency Standard and Poor’s, according to Eurointelligence. The WSJ reports that Germany’s GDP plunged far further than expected in the fourth quarter. Ken Wattret, economist at BNP Paribas, said it was “valid to say that there are question marks about the cohesion of the monetary union” with the region experiencing its worst downturn.