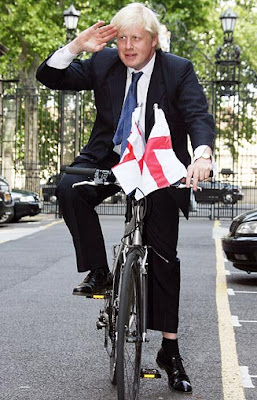 Britain is a sad place these days. Twelve years of Labour government (combined with the Conservatives having sold out their souls to the EU) have reduced the place to a pathetic, indebted, criminal centre for confused and demoralised people. There is no need to catalogue the elements of social collapse as they are are too well known. Not only is every social programme in crisis, with people being murdered and robbed in big numbers every week. The country’s economy hovers on the brink of collapse with government debt ballooning into the stratosphere. The people who can, are all heading for the exit to get away from the unfolding collapse of this once great nation.

Cameron and the Conservatives offer little hope of anything better.

My hope is that Labour will once more win the next election, and the Conservative Party be thrown into the greatest crisis in its history. Only from such a crash in Conservative fortunes can any of the inherent good in British culture and tradition be rediscovered and released back onto the streets, into the schools, workplaces and offices of the land, and the corrupt regime that has produced the me-too Blair, David Cameron be sent packing.

If Cameron falls, one of the contenders will undoubtedly be Boris Johnson, and only he, of all Conservatives seems willing and able to address real issues and go direct to the solutions, rather than view politics as a colouring in exercise for Graduates with no experience of the real world. At least Johnson ran a business for a while and knows what the real world consists of.

If Boris were to win the leadership and become Prime Minister, many of the millions who have left Britain in the last ten years, and the millions leaving Britain today (including me) would be sorely tempted to return and live through a national revival. It might take ten years but if I have any wish for the rest of my life (now 54) it would be to see a British revival led by Boris Johnson as Prime Minister. It would certainly be worth heading home to see that happen, and be part of what could be a joyous time in our history, where the bureaucrats finally are sent packing.

Otherwise I’ll carry on living overseas in a relatively government-free country, where I have no need to fill in any form or declare anything to anyone from one year to the next – the Philippines.

I felt a similar feeling to the one I have about Boris and Britain, about Benazir Bhutto and Pakistan, that she was the last hope for Pakistan to avoid catastrophe, but sadly she met her death at the hands of her enemies. Only if the strong and great individuals can live and rule once more, replacing the armies of bureaucrats, can countries find their way out of their messes, saving many lives and livelihoods in the process.

The world suffers from a vacuum of political leadership, from a lack of strong individuals able to stand tall above the politically correct mental drubbing that flows around like sewage in the water supply – the Livingstonian confusion and corruption so beloved by all media channels. Obama sounded like a new departure, but he too looks like another brilliant marketing act, colouring in but not designing the future. People who can take decisions in their own heads have become as rare as, well, rocking horse shit.

If Boris rules, Britain will live again, but not otherwise. And I for one will not be returning to witness any more of its sad decline. Only with Boris do I see any hope, and would I feel the thrill of the national pride that has now gone, as Labour and Conservative (and Lib Dem) lies have corrupted every truth we knew. Not many years ago innate pride and belief in ourselves was all part of being born in, growing up and living in Britain. Taking that away is the greatest crime, and seeing the good of our culture all wasted has been to suffer the greatest of losses. Hope still lives, but as of now, it walks in the mind of one person, and one person only.

See HERE how this person with his own strong mind deals with the issues of the day. Refreshing isn’t it? The Boris Johnson miracle could yet happen. I for one, am praying for the day. Go Boris. Bring us all home again to a home worth having. Meanwhile after 12 years of Gordon Brown, Britain is heading for imminent moral and financial bankruptcy.

Newsweek interview shows Boris intends to return to Parliament after two terms as Mayor, or so HERE.

2 Responses to “Britain’s Last And Only Hope”