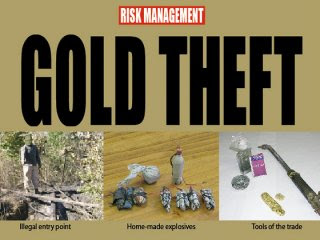 You cannot read any assessment of the rising gold market without hearing about the key role played by ETFs or Exchange Traded Funds. Demand from jewellery makers and sellers has collapsed right around the world according to the figures, India the world’s largest gold jewellery market by 90% in January following on from a 50% collapse last year. Under normal circumstances and in earlier gold price run-ups as in 1981 the collapse in jewellery demand was enough to fell the gold price bull run. So as these ETFs are now the reason jewellers all over the world are being thrown out of work with bullion reaching stratopheric levels, what exactly are they? And are they actually what they claim to be anyway?

The GOLD ETFs tonnage was last seen closing in on the 845 tonne figure, having already surpassed Japan’s holdings in size.

(Read John Nadler’s whole article from January 30thHERE, in case I have quoted him out of context, which I can’t see that I have.)

That sounds pretty exciting doesn’t it.

But hang on a minute. Where are all these mega-tonnages being stored? Do the ETFs have Fort Knox storage facilities?

Do they have vast vaults attached to their offices?

In fact do they hold any real gold at all?

My answer to that question is controversial but my opinion and that of many other observers is that they don’t hold even one gram of physical gold at all.

So why the claims of a stock of nearly 1000 tonnes of gold, which incidentally even if bought all in one year would not even come close to making up for the decline in gold jewellery fabrication? In fact the 845 tonnes have been accumulated over four years.

In my opinion and that of others, the gold is held not physically at all, but as long positions in the forward market – the futures market.

So why would that matter?

Well, yes and no.

(FUTURES CONTRACTS EXPLAINED – The gold holders own the right and the obligation to buy gold for delivery in the future at a fixed price. But then so too does someone else obtain the right and obligation to sell it to them. These are not options, but obligations, which can be rolled forward indefinitely, each time the contract periods complete, until the buyer of the future decides to pull out.

You could buy forward at $929 on Friday, for example, but be forced to sell out at $429 later as the price falls, making a $500 an ounce loss. Over 850 tonnes the gold ETF holders could end up losing up to $14 billion, and the shorts could make the same as profit on the other side of the account. If the ETFs can drive the gold price higher before crashing it, and pull in more investors, the winnings for the shorts will be even bigger. The point is that ETF fund gold holders don’t even know they are party to such a situation, imagening they are merely holding physical gold. )

Until the ETF gold holders decide to head for the exit, they might bear in mind that whoever is selling them these long positions in gold, could easily be taking up the matching short positions, or be associated with them in some way. So that when the price crashes from its unsustainable high, the ETF investor will be left holding the long position showing a stunning loss, and the ETF operator who (secretly or in another guise) kept the short positions, will cash in vast profits.

The game first requires the gold price to be run up to unsustainable levels with more and more suckers pulled in as buyers (remember oil and rice last year). Once they are pulled in, then the market manipulators can very easily pick the moment to tumble the price, and clean up on their short positions.

If you think this is a far-fetched theory, go and visit an ETF gold fund. See their nice offices and then ask them where their tons of gold are being held, and would it be possible to take a quick viewing. When they refuse that request on security grounds, then ask how much is the cost of securing the gold and which agency is responsible for carrying out the task of holding billions of $s worth of easily stealable yellow metal on their behalf.

It becomes obvious fairly quickly that they don’t hold a gram. If I am wrong, I apologise in advance, but I would like to know who runs the gold ETF stock rooms. If they existed, they would be entirely uninsurable. Maybe John Nadler (Pictured) can pass on information about this conundrum in his next column, and back up his claim that ETFs actually hold physical gold. He is only repeating what the ETFs are telling him, of course.

The US government is able to stop commodity price run-ups, if it wishes, by raising the deposits required to make futures contracts. It is not doing so in all its commodity markets as they yo-yo from vast highs to amazing lows. It is always possible that the strong financial position of the US government is achieved by taking part in these commodity price games, earning trillions of $s in the process. Many financial commentators believe this to be the case.

My last word is to the gold investors. 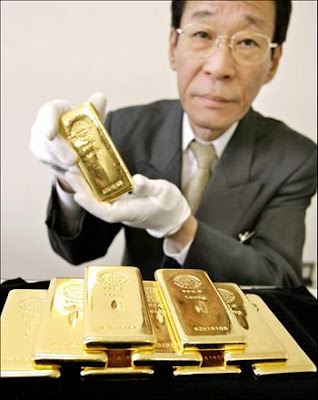 GOLD BUGS, you are sitting in comfort in your homes imagening a nice safe pile of yellow metal held on your behalf by your ETF, adding to current demand for the metal driving up its price. But in truth you own nothing but a piece of paper promising future actions, which is as vulnerable to fraud or dastardly dealing, as all other investments. Enjoy your paper profits while they last, as your losses will be excruciatingly painful once they collapse the price on you.

It will happen incredibly fast. You will have no time to get out. The fire will consume your money and you will wonder what on earth happened to your golden investment. It’s state-licensed robbery, and the heist could be happening anytime.

Quoting from Wikipedia Unlike physical gold bullion which is held in personally allocated storage, the investor will only become a general creditor if an ETF provider went into liquidation. Gold ETFs are a form of debenture.
During an economic crisis GETF assets may be subject to a compulsory purchase by governments. Following Executive Order 6102 of 1933 and the Gold Reserve Act of 1934 private gold ownership was outlawed in the United States for over 40 years..

Are gold ETFs really the ‘safe haven’ they are being called?

MARKETS – From Commitment Of Traders analysis, the week to 27th January 2009 saw one of the fastest increases in short positions from big traders seen for a while – a rise of 22,000 short contracts in a week, while longs also rose but by a much smaller quantity.

Gold could be around three to four weeks away from a big fall if the big companies keep shorting at this rate. They could be at the critical 350,000 short contracts soon enough (currently around 260,000 but missing the last two days of the week from the figures given) from where gold usually goes into a tumble. They will push the price up as hard as they can while they’re shorting it, of course, so anyone buying at the current levels, listening to all the hyperinflation hype from Morgan Stanley and so on, is taking a huge gamble.

Guido Fawkes has bought the whole story and is sending it on to his enthusiastic blog readers to lose all their savings backing this deadly game. He’s featuring this FT clog article quoting Morgan Stanley’s prognostications that hyperinflation will wipe out the west HERE. With debts so vast across the world, estimated at $52 trillion, the spending of the occasional $1 trillion in a bail-out here and there, isn’t even going to touch the sides. Cash will be king for a long while yet, and that means US $s.

For those who still believe in coming hyperinflation, take a look at THESE CHARTS showing inflation trends over the last forty years. So much for the great Morgan Stanley, who are clearly keen to hook gold buyers and and make a killing selling them short.