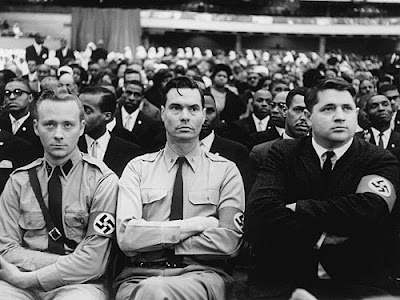 As the story of Damian Green’s arrest unfolds, we see that Brown’s Labour Party have given up on any claim to possess civilised standards. The stench is seeping out through every pore of their body. It is not a familiar smell,or one that is associated with political standards in Britain, that sad ruin which is all that is left over from a once glorious past. The aura of former glory has gone. All colour has faded, and passed through grey-scale into a sickening monochrome. Parliament now casts off the sheen of Nazified black.

Outrage over the Metropolitan Police’s arrest of Damian Green and the search of his Commons office turned to incredulity yesterday as the Speaker, Michael Martin, explained last week’s sequence of events. For it emerged that this unprecedented raid, rightly described by Michael Howard as an “attack” on the ability of an MP to do his job, was unauthorised. The police officers had no warrant and the person responsible for the security of the House of Commons, the Serjeant At Arms Jill Pay, did not ask for one. Instead she signed a consent form allowing the police to trawl through Mr Green’s correspondence and computers without, it appears, seeking the advice of anyone who might actually have a clue about what to do. 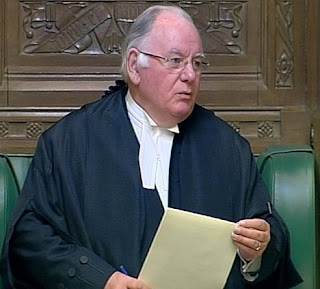 If Mr Martin wanted to turn Mrs Pay into the scapegoat, he was only partly successful. For his statement also exposed his own shocking negligence. He was told by Mrs Pay last Wednesday “in strictest confidence” that an MP might be arrested, and early the following morning was told both who it was and that a search of his office might take place. Speaker Martin, the “chief officer and highest authority of the House of Commons”, then appears to have sat back and allowed events to take their course. According to his own account, he posed no questions and sought no counsel. He says he was not told there was no police warrant. Could that be because he did not ask? Mr Martin has not been tardy in the past in taking expensive legal advice to protect his own position when questions were raised about expenses claimed by his family. Yet when confronted by this assault on the fundamental rights of MPs, he seems to have displayed dumb acquiescence. Mr Martin’s position must surely now be untenable. (Telegraph)

It was Orwell in Animal Farm who saw how the pigs gradually changed from the oppressed into the oppressor. Labour has made the full transition from the supposed underdogs of British society into its enthusiastic destroyers and oppressors. The smell of raw corruption is overpowering, and can be detected wherever they carry out their slimy acts of repression. They are ripe for electoral slaughter. 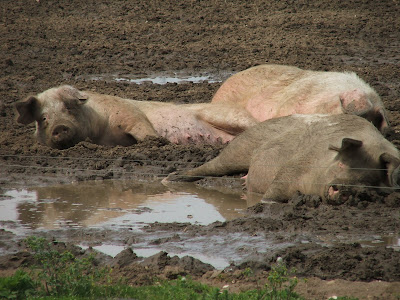