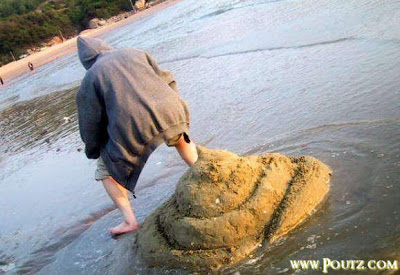 Of all the MSM’s primary brands, there is one that can always be relied on to avoid telling it like it is when it comes to matters concerning the EU. That is the otherwise well-respected and admired Financial Times. The Wall Street Journal has been writing much about the declining credit-ratings of individual European countries, and the stresses and strains that this is building up for European monetary union. But the FT has so far avoided straying very far onto this highly sensitive topic.

With all other financial media realising that the coming collapse of the Euro is the big story, the FT has inevitably at last started to allow snippets of information to appear within its Euroloyal covers…this for example, as relayed by Open Europe –

FT Deutschland focuses on comments made by Almunia that the Commission is concerned about the rise in bond yield spreads on government debts. Almunia said that problems for EMU will grow unless the problem is brought under control. In recent weeks, the government debt of Greece, Portugal, Italy and Spain has been down-graded by the markets, making the financing of debt more expensive for these governments.

A FAZ (Frankfurt Algemeine Zeitung) leader accuses the Commissioner of transgressing his responsibilities by encouraging Berlin to raise budget deficits. It warns that other countries may imitate the decision and that Germany would end up as the paymaster general for the entire EU.

It doesn’t sound like a picture of tranquil stability, does it. But what is the full story?

When will the FT in particular say it like it really is, and give the full story of the indebtedness of EU governments and non-viability of their economies inside the eurozone? Little snippets about this are not really sufficient for a journal that considers itself a world financial heavyweight. This is the biggest financial story of the decade, making the subprime crisis into child’s play. A few hesitant little snippets of information are hardly adding to the FT’s longterm brand credibility.

I want to see the FT run a proper headline which actually informs and makes the situation abundantly clear – such as ‘ The EURO’s In Trouble’. Only then the pink rag will be allowed pride of place once more, of a morning inside my downstairs lavatory. At least though and at last, the FT is beginning to smell the coffee. But is it equal to the task of dealing journalistically with the real stink?