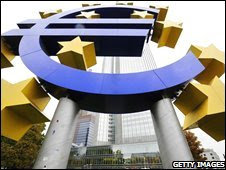 Last night I sat next to a number of French Embassy staff at a dinner in a lovely Philippine private house with musicians and singing of Spanish and Mexican songs. Without mentioning their exact Embassy roles, one was particularly senior and had security staff accompanying her. She was a charming lady and she had a pleasant aura around her.

As I am a French-speaker (there are not many in the Philippines) I was able to act as interpreter between the family members of the security team who did not speak English and everyone else there.

There was a golden moment when the French diplomatiste trotted out the line to me, as she has no doubt been trained to do, that the British are lacking in community spirit by not joining the Euro. How could she have known that she was speaking to the strongest opponent of the EU that lives within the whole of Asia? I only let two expletives go which was quite restrained. The look of shock on her face at meeting such a strong reply from someone she assumed to be ‘un gentilhomme’ brought smiles around the table.

As I explained, hell will freeze over before the Brits permit the Euro into Britain.

And so too it seems will the Eurozone economy.

If anyone in the eurozone was irritated by the high levels of inflation the new ‘currency’ brought in its wake, never once reported or officially admitted to over many years, they can now turn their minds instead to the next evil the Euro is bringing. The BBC website article linked below tells the story simply enough. Business activity and demand across the eurozone are crashing. Because euro interest rates are being held up so high by the ECB, and the currency isn’t falling, businesses are finding it hard to compete.

The resulting fallaway in economic activity in November is devastating.

Business activity in the 15 countries sharing the euro has fallen in November to a ten-year low, the purchasing managers’ index (PMI) has shown.
The index, compiled by research group Markit, dropped to 39.7, from 43.6 in October.
The figure was worse than analysts’ forecasts, which put the level for November above the 42 mark.

According to Markit, manufacturing and services in the eurozone have contracted for six months in a row.
Markit said the deterioration in economic climate was felt by all sectors, with output, new orders, outstanding business and purchasing activity all falling to record lows.
The companies surveyed by Markit blamed the downturn on falling demand.
They also mentioned unfavourable exchange rates as a factor which was affecting exports to non-eurozone trading partners.

I wonder how many people living inside the eurozone are wishing that they weren’t. Recently it was found that 70% of German women wanted the return of the Deutschmark, and this was before the financial crisis hit. Soon it will no doubt be 90%. As for the French, maybe they’re used to being the losers, and just want to ensure no one else can succeed, and throttling everyone inside the Eurozone is the best way to achieve that. Lovely people mind and a great place to visit. It’s only the politics we don’t want, if that’s alright with you, Madame.