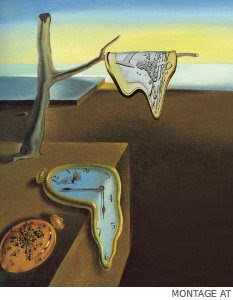 Talk on the street points out that events are fast moving against the Euro as it approaches inevitable disintegration. Not only excitable bloggers are saying it now but also mainstream financial media, such as the Wall Street Journal, the Telegraph and The Economist.

The front page of the WSJ notes that “Investors are upping their bets that as the $12.2 trillion euro-zone economy heads into recession, costly bank-bailout plans could drive some European governments to default on their debt.” It notes that the cost of insuring the government debt of Italy and Greece has doubled in the past month. For Ireland, the cost of insuring against debt default has risen eightfold since the start of the year. The article notes that another indicator of rising investor concern is the gap between the yields on the bonds issued by Germany and countries with lower credit ratings, such as Italy and Greece. Those have widened to levels not seen in about a decade, before the launch of the euro.

Ambrose Evans-Pritchard notes in the Telegraph that “The interest spread between Italian 10-year bonds and German Bunds has reached 108 basis points, the highest since the launch of the euro. Traders say it is nearing levels that risk setting off an unstable chain reaction.”

There is nothing to add – only that Europe’s EU fantasy is about to be blown to pieces. After 50 years of trying to force the independent countries of Europe, through a process of deception into a single political entity, the impossibility of the whole enterprise is about to become blindingly apparent.

Tin hats on. The Euros finished. The EU is finished. Europe is about to be free again of the last vestiges of the totalitarianism that has throttled it to near economic extinction. Roll on the blast. It is inevitable. It’s here. The effects will be painful for all, but once it’s all over, like a patient being sick, Europe can then start itself on the road to recovery. But first the crash of the Euro will set the political action into play.

The Financial Times doesn’t agree of course – see HERE. What the FT fails to mention is that it is insolvent countries like Italy and Greece that are dragging the Euro to destruction. The Euro cannot protect them forever from their financial non-viability. Inside the Euro, Icelandic interest rates might be nominally 3.75% instead of 18%, but how many takers would there be for longterm Icelandic debt? Iceland and Hungary inside the Euro would merely accelerate the moment of its collapse. Denmark with a higher exchange rate would see only lower growth. Of course the FT is a Brussels rag these days and cannot see any future that is not euro. There will be one, and soon.

Have a think about the latest Euro-moves to seize control of the banks across the continent at vast cost to taxpayers. See Redwood HERE.

EXTRACT – The Regulator demanded more capital at a time when it was difficult to raise it quickly. Someone leaked the talks to the media, driving the share prices of the affected banks down, making it even more difficult to raise the money from the market. Then the banks were presented with a take or take it offer which three accepted. The government meanwhile was busy nationalising the assets of Bradford and Bingley, but never told the media directly that that meant taxpayers borrowing £18 billion to send to Santander to take on the deposits.

Taxpayers will rue the days that the government was so liberal with their money in the banking sector. All these banks had a future without state equity, if the Bank of England did its job as lender of last resort, and if the Regulator worked quietly behind the scenes on a timetable for strengthening their capital.

Bank nationalisation is presented as a spontaneous move to save the financial system. It is nothing of the kind. It’s a long-planned attempt to take over all banks to block the disintegration of the Euro, and enforce a straitjacket over lending and investing which is not euro-favourable. How else can bankers be persuaded to back the unbackable, to support the insupportable and fund the bankrupt countries of the eurozone? The nationalisation of the banks will cost European taxpayers a fortune and is the last desperate attempt of the EU to save itself from destruction.

As King Canute discovered, the power of the waves and forces of nature cannot be stopped by token gestures. The Euro is bust because its countries are bust, and forcing banks into vast losses to support the collapsing edifice will only delay and increase the scale of the ultimate catastrophe.

Picture from www.atlantic-times.com, a German website which has contemplated the collapse of the Euro for a while. See HERE

AND DON”T MISS this untold story from inside Germany about how Germans want German Euros and not Italian ones etc. In truth the Euro is not a single currency anyway but a badge overlaid on still existing national currencies.

The Germans are the most fiscally responsible nation in Europe, so who are the basket cases?

This extract from Stratfor gives the story clearly enough –

European governments consume the highest percentage of their countries’ resources in the world, greatly reducing their ability to surge government spending.

Not surprisingly, the most seriously threatened European states are France, Italy, Greece and Hungary, each of which is running a serious budget deficit while also being burdened by high government debt. Three of these four (France, Italy and Greece) also have very active banks in emerging markets of the Balkans and Central Europe, home to the European states that are likely to suffer the most from the credit crisis. These four countries are closely followed by Romania, Poland, Slovakia, Bosnia, the Netherlands, Portugal and Lithuania.

So will it be that another one of these rotten eggs cracks and the IMF is unable to bail them all out, sending them crashing out of the Euro? Or will Germany tire of holding up the whole house of cards? When it goes, it will go fast.

3 Responses to “The Euro Is Disintegrating”