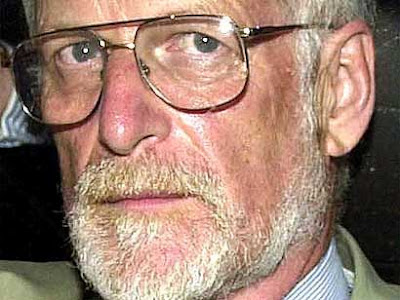 Damien Green, Shadow Minister For Immigration, is an extremely dangerous politician. He has been implicated in several attempts to receive and disseminate leaked information, where the government has been caught lying to the people. This willingness to reveal the truth to the public, without any attempt to obtain financial advantage for oneself, is something that is clearly wrong, and not something that should be the concern of a modern politician, where getting your head into the trough is your overriding moral duty.

Green has stepped outside the career path which has been placed in front of him, where, if he kept his nose clean, and continued lying to the public as expected of him, he could call on a generous public sector pension for life, as well as being entitled to the trappings of the Shadow cabinet. The willingness he has demonstrated to put all this in jeopardy by poking his nose in, and trying to help the public to see when and how the government is lying, shows that here we have here a man of exceptionally poor moral judgement.

No wonder Gordon Brown is worried. As soon as a politician is not obviously doing all he can to fatten his bank account, you have to ask yourself what exactly do they think they are doing in politics in the first place. Anyone not driven by hunger for stashes of cash, by definition must be motivated by attachment to a cause or belief. These beliefs could drive such individuals to engage in criminal acts, to be blinded by the passion of their cause or even go so far as to engage in acts of terrorism. Indeed, telling the truth is the first sign that a politician needs to be monitored and investigated by the Counter Terrorism Unit.

And so, quite correctly, the Terror Police were sent to arrest Green.

If he isn’t trousering tenners from lobby groups, or troughing on the contents of brown paper envelopes, what exactly is he up to, and what might he reveal next? He is clearly becoming a danger to everyone else who does abide by the rules, and fattens their wallets at every available opportunity. This is why he needed to be questioned seriously over nine hours, and swiftly and effectively shown that politicians and others with beliefs who want the truth to be told, are considered a danger to the wallet-fattening New Labour fraternity. Never mind the murder of hundreds in Indian hotels. The greatest threat to the system is Britain, is politicians or others who want to expose lies. Terrorism is defined accordingly.

If people were to actually find out how much money Brown really owes, for example, he and Britain are finished. Or if the true story about immigration spilled out, Brown’s credibility would be gone.

Now come on Damien, which do you prefer? A few more nights being interrogated by the Terror Police, or some nice invitations to join some interesting ‘friends of New Labour’ for a day out?

Oh and please don’t forget David Kelly, if you think we will stop at a little bit of Police harassment to get the silence that we require. Now come on, Damien old chap, Gordon doesn’t really want to make life hard for you….

In case you imagined the intimidation being used to silence dissent is not serious, read THIS