(This MAP lifted from a Slovakia tourist website incorrectly includes Czech Republic as well as Slovakia!)

Slovakia has begun its conversion to the Euro. The notes and coins will not arrive until January 1st 2009, but shops are being made to display dual pricing as from August so that customers can get used to the conversion rate. There are one or two problems though.

Businesses employing five or less staff i.e. most shops, don’t need to display dual pricing, and of those that employ more than 5, 89% of businesses are not fully complying, as the extra work required to price in Euros as well as Koruna is taking so long.

The government is clearly under strong instructions from ‘somewhere’ to stop the conversion to Euros from allowing inflation in, and is trying to prevent stores from using it to slide in price rises, as happened across the rest of the eurozone. The fines against any trader successfully convicted of doing that are huge – no less than $245,000 or in effect instant bankruptcy for most Slovak traders, in a country where $600 is the average monthly wage. It will be a hard law to enforce. If prices rise across all stores simultaneously, it will be impossible to establish the guilt of a sole trader.

The other problem is the ludicrously bureaucratic conversion rate – 30.126!! Why the hell the idiots couldn’t have made it exactly 30 Koruna is beyond me. The traders have to calculate the conversion every time they have to do dual pricing, most writing them by hand, and those complying are having to work many extra hours. No wonder 89% are not bothering. If they had made the rate exactly 30, it would have helped, but of course the EU would be unable to do anything as simple as that. Such geniuses need everything to be made to look like exact science, when of course, it’s not.

30% of Slovaks fear that the introduction of the single currency will lead to higher price rises, despite the government blanketing the country with pro-Euro propaganda. Euro-fear is now a factor of daily life across Slovakia. In Germany and elsewhere where the solidity and certainty of national currencies has been lost, most people soon regretted the move. In Slovakia they seem to be regretting it already. 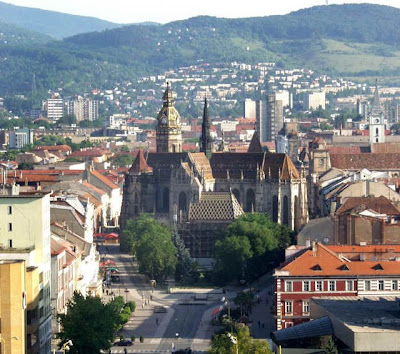 Information from an AFP Report.