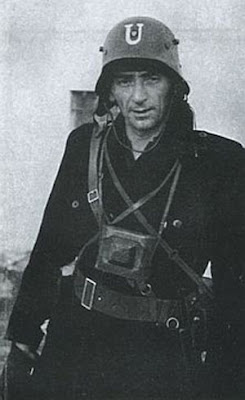 Given all the efforts being made by the EU to force the Serbs to hand over war criminals such as Karadzic and Mladic, the world could be forgiven for imagining that the Serbs were the only side to commit war crimes in the Balkans. What is being overlooked, however is the other side of the story. There were equally barbaric acts committed by Albanians, Croats and others, but these for some reason have been going unpunished at the Hague Tribunals, with witnesses intimidated or mysteriously dying or disappearing.

There can be no justification for the kinds of acts that were carried out at Srebrenica in the Balkan Wars by Mladic, where thousands of Moslem men and boys were rounded up by The Serbs and machine gunned to death in the football stadium. As far as the world’s media were concerned, these acts were committed by Serbs as if they had come from nowhere.

But if you try to understand why a man like Mladic could find committing such acts to be justifiable to his own conscience, you could ask a little more about his background and life’s experiences. It turns out that in WW2 his father fought as a partisan and, when he was captured, that he was tortured and murdered by the Ustase. 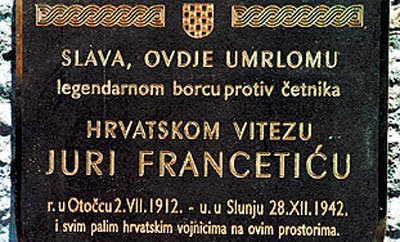 The NAZI-supporting Croatians murdered millions of Serbs, gypsies and Jews during the war, and yet unlike the Serbs who are being hunted and condemned as criminals for relatively lesser acts of imitation, the Croatians and Albanian murderers have been allowed to live and work unchallenged, many treated to this day as national heroes.

Take Franceticu (pictured) who commanded The Black Legion. There has been a memorial plinth saluting him as a hero on public display in Croatia up to the present day, and yet he was responsible for the murder of tens of thousands of Serbs. The Black Legion operated out of Srebrenica in Bosnia. Is it possible that Mladic knew that his father was murdered there, and he saw his actions in Srebrenica as justified revenge for the loss of his own father? 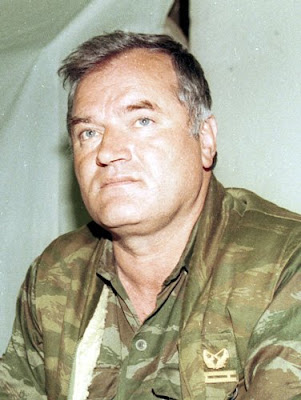 UPDATE – background to the hunt for Mladic HERE. His father was from Bosnia and was murdered by Croatian Nazis when he was 2 years old.

And also, why did General Morillon foresee the Srebrenica Massacre? Find out HERE. It appears that there really are two sides to the story.  Had Srebrenica been ordered up and produced as the propaganda requirement of the Clinton administration, which needed a massive media horror story to justify the intervention that the OWG had already decided upon?  Morillon knew that the event was being orchestrated to order.

Why was Morillon concerned for Srebrenica? What happened to warrant his fears and concerns? In the BBC article “UN General ‘foresaw Srebrenica’”, February 12, 2004, it was reported:

He told the tribunal that he feared that attacks by Muslim forces in which Serbian civilians had been targeted, had enraged the Bosnian Serbs and would result in fierce retaliation in the city.


He feared or he knew what was afoot?

4 Responses to “Was Mladic’s Father Murdered At Srebrenica?”